Over the past decade, investors who ignored U.S.-dollar assets in favour of domestic stocks sensitive to emerging markets growth were richly rewarded. The tide has turned in recent months, however, with U.S. investments trouncing the performance of both BRIC countries and the S&P/TSX composite.

It's a trend that suggests most Canadians should overhaul their portfolio allocations, backing out of areas exposed to China and other emerging markets, and advancing into sectors that can benefit from a resurgent U.S. economy.

Inexperienced investors who want to stand pat will point out that most Asian economies are predicted to grow at between three and five times the rate of the United States.

Professional money managers, on the other hand, know that you beat the market by paying attention to the second derivative of growth – change in the rate of change.

A company reporting 20-per-cent profit growth will see its stock price barely budge if the growth is in line with expectations. Another company, showing a change in growth rate from 3 per cent to 7 per cent, might watch its stock price double as investors reassess its improved prospects.

The importance of watching for changes in growth rate also applies when you're assessing global economies.

China has been the main driver of emerging markets outperformance in recent years, but prominent economists are now falling over themselves to slash estimates as the second derivative of Chinese economic growth rapidly declines. On Monday, Citigroup became the latest economic research team to reduce forecasts for the Asian giant, while Barclay's warned of the rising risk of a 3-per-cent growth path for China, which would be only a third of the rate that the country has achieved in recent years.

U.S. economic data are showing the opposite trend – surprising to the upside, as demonstrated by the better-than-expected numbers in last week's jobs report. Even if the nominal rate remains sluggish, growth for the U.S. economy is improving.

Markets are already reflecting a shift in global growth leadership from emerging markets to the United States. The U.S. trade-weighted dollar exchange rate has jumped 7 per cent in 2013; the U.S.-based S&P 500 has outperformed the Canadian equity benchmark by 19 per cent since May of 2012.

This is a big deal for both Canadian investors and the domestic economy. The energy sector appears somewhat insulated for now – American oil production is growing at the expense of imports from the Organization of Petroleum Exporting Countries rather than Alberta – but the materials sectors will feel the pain of an emerging markets slowdown and makes up 12 per cent of the S&P/TSX composite.

In economic terms, the loonie is in mid-crumble relative to the greenback. This is not all bad news: A lower Canadian currency favours Ontario manufacturers that can export south. The regional makeup of gross domestic product growth will see dramatic change if global growth leadership continues to shift toward the United States.

But many of the sectors that will benefit most from a U.S. economic recovery are poorly represented in the domestic equity benchmark.

For instance, several analysts have predicted a new super cycle in lumber as U.S. home building picks up – but that will barely affect the TSX, which has a meagre 0.4-per-cent weighting in the lumber sector.

Similarly, activity in the Canadian auto sector is likely to heat up, but there are few Canadian stocks an investor can buy to take advantage of this trend.

The S&P/TSX Auto and Components subindex makes up only 1.25 per cent of the broad market benchmark.

The risks to Canadian portfolios are already high enough that investors should be shifting assets – prudently and selectively, of course – into U.S. assets and out of resource stocks that depend on China and the emerging markets.

Scott Barlow is a contributor to ROB Insight, the business commentary service available to Globe Unlimited subscribers. Read more of his Insights at tgam.ca/ROB-Insight, and follow Scott on Twitter at @SBarlow_ROB 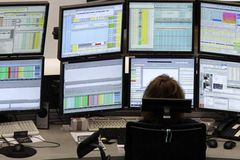 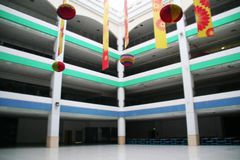