China's economy is slowing. China's main stock market is up 42.7 per cent this year.

The bizarre combination of cooling commerce and red-hot shares is partly a reflection of an unexpected decision by the country's central bank to trim its benchmark interest rate. Since the People's Bank of China announced the rate cut on Nov. 21, the Shanghai composite has rocketed more than 20 per cent.

Another stimulant has been the plunge in world oil prices, which is a boon to China's energy-hungry economy. In addition, the opening last month of the Shanghai-Hong Kong Stock Connect, a program that allows foreigners to invest in Shanghai's once tightly controlled "A" shares through the Hong Kong stock exchange, has brought more money into the market – although not as much as hoped.

However you distribute credit among these various drivers, the result is clear and striking: China's stock market is booming at the same time as its counterparts in Canada and much of the developed world are looking shaky.

Some investors will see this as an opportunity. Others, though, will regard it as a warning.

It's worth remembering that the last time the Shanghai composite soared to the heavens was in 2007. The aftermath was ugly.

Rather than being a harbinger of good things ahead, a rise in the Shanghai market can be an indicator of stresses building in the Chinese economy.

Put it this way: Optimists may view the exchange's recent gains as evidence of investors' faith in the ability of the central government to navigate its way through the current slowdown.

A realist, though, will consider the possibility that those same investors may simply be desperate for a place to build their wealth now that China's real estate market is coming off the boil and cracks are developing in the country's notorious "wealth management" products – essentially high-yield IOUs sold through banks but often backed by risky loans to property developers and miners.

It's small investors, not giant institutions, who appear to be behind much of the market's recent gains. Bespoke Investment Group published a chart last week showing the tight correlation behind the recent rise in new Chinese brokerage accounts and the gains in the Shanghai composite.

These new investors may be rushing into stocks as a result of dimming opportunities elsewhere. Many economists expect China to miss its annual growth target of about 7.5 per cent for 2014. If so, the shortfall will be the first since the Asian financial crisis of 1998.

Deflation is already the rule across a broad swath of the Chinese economy. Producer prices have been sliding for nearly three years and the producer price index, a measure of the prices received at the factory gate by manufacturers, fell 2.2 per cent in October from a year earlier.

Some of this, to be sure, is the result of falling prices for commodities such as oil and iron ore. Lower input prices can allow some factories to remain profitable despite declining prices for their output.

But deflation risks triggering other problems. According to Ron Temple, a portfolio manager at Lazard Asset Management, who was quoted in a recent Barron's story, there is more corporate debt outstanding in China than in the United States. If Chinese companies see their profits fall in line with the decline in prices, they will face a tougher time keeping up with payments on their debts.

Fortunately, the Chinese government has resources many other governments don't. Its enormous reserves of foreign exchange mean the country doesn't have to fret about a sudden pullout of foreign investors. And its control of many banks and large enterprises allow it to simply order more lending if that's what it feels is required.

As the Economist magazine has noted, the risk is that China may wind up burdened with zombie banks laden with loans that are good on paper but unpayable in reality. To avoid that, it must be willing to allow some firms to fail – something that will surely come as a shock to all the small investors now rushing into the Shanghai exchange. 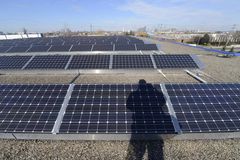 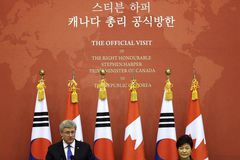