Doug Murphy's blood pressure is going to be just fine.

When the chief executive officer of Corus Entertainment Inc. announced on Wednesday morning that his company would be acquiring Shaw Media for $2.65-billion, he declared: "The time is right to unite these two strong media companies. With the addition of Shaw Media, we will have the competitive scale, the brands, the content and the team to accelerate our growth."

They were familiar words, echoing the bold statements from the leadership of BCE Inc. when its Bell Media unit bid $3-billion in March, 2012, for Astral Media. Kevin Crull, then the president of Bell Media, noted that broadcasters around the world were consolidating, bulking up to face growing competition from global companies such as Netflix. "If we want Canadian broadcasters to survive against that kind of scale ... the Canadian guys have to have scale."

But while the Canadian Radio-television and Telecommunications Commission agreed in principle, the broadcast regulator looked askance at Bell's presumption that the deal would be rubber-stamped, and six months later the CRTC killed it. In a meeting with reporters after the announcement, BCE CEO George Cope looked like he was going to pop a blood vessel. He said the CRTC had "changed and torqued" the rules, and he vowed to take the matter all the way to federal cabinet. (In the end, cabinet declined to entertain the matter, and a modified deal was, indeed, rubber-stamped.)

Mr. Murphy shouldn't have any such problems running the CRTC's gauntlet, mainly because the regulator doesn't seem much interested these days in holding broadcasters' feet to the fire. He knows this from first-hand experience: In the spring of 2013, the CRTC officially informed Corus that its women's channel known as OWN, the Oprah Winfrey Network, wasn't living up to its license requirements to broadcast educational programming. (When it was born, in 1996, the channel was known as Canadian Learning Television; its motto was Television That Teaches.)

The CRTC noted that the channel had been granted a licence in a privileged category partly because of the educational requirements. The regulator demanded action, made vague threats, and then – well, then nothing, really. For years, it stood by idly until Corus did, indeed, finally make changes last year – to, er, its licence rather than its programming. It had the educational requirements removed, allowing it to broadcast pretty much whatever it wanted.

The CRTC seems less interested than ever in imposing conditions on broadcasters, especially those that are losing money. Last May, Rogers Communications Inc. replaced the newscasts on its multicultural OMNI channel with much less expensive current affairs programming. The move was sharply criticized, especially coming in the runup to a federal election, and some special interest groups asked the CRTC to hold a hearing into the matter. On Tuesday, the CRTC declined the request.

But it wasn't a unanimous decision. Commissioner Raj Shoan wrote an accompanying opinion arguing that, by "taking no meaningful action to address the legitimate concerns of the applicants and interveners, the commission is abdicating its leadership role with respect to the creation of effective ethnic broadcasting policy in this country." While he acknowledged that OMNI "remains in technical compliance with the letter of the licences," he said the CRTC needs to quickly look into how well Canadian media are serving ethnic-language viewers.

Lately, though, the CRTC seems less interested in what's on Canadian TV than in how much it costs consumers. Last year's Let's Talk TV decision, which will lead to The Great Cable Unbundling, beginning in March, is what set the table for Corus's purchase of Shaw Media. The core strategy behind the move is for Corus, which as a medium-sized pure-play media company was in danger of being left behind in a pick-and-pay world, to acquire the scale that could allow it to exercise some sort of muscle in negotiations with cable and IPTV companies. This way, Corus still has a chance of surviving amid the vertically integrated giants of BCE and Rogers Communications.

It's precisely what the CRTC wants. 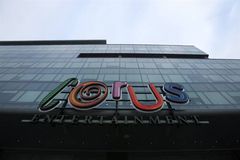 Five things to know about the Corus-Shaw Media deal
January 13, 2016
Follow Simon Houpt on Twitter @simonhoupt
Report an error Editorial code of conduct
Due to technical reasons, we have temporarily removed commenting from our articles. We hope to have this fixed soon. Thank you for your patience. If you are looking to give feedback on our new site, please send it along to feedback@globeandmail.com. If you want to write a letter to the editor, please forward to letters@globeandmail.com.
Comments