If you're looking for a North American economic renaissance built on housing, you may want to put your hammer down. The foundation isn't nearly in place yet, a couple of Canadian economists argued in separate research reports this week.

Sure, in Canada, housing starts have rebounded smartly after a seven-month slide, while home prices have gradually slowed their growth to a trickle – suggesting to some that the market has turned a corner after moderate, healthy correction. But to a skeptical David Madani, chief Canadian economist for Capital Economics, believing that we've actually achieved the elusive "soft landing" is akin to believing in the Easter Bunny.

"Housing starts remain elevated well above demographic requirements," Mr. Madani wrote in a research report this week – a phenomenon he attributed to the last gasps of the investor-driven condo boom. "With investor demand expected to remain soft through next year, we anticipate material declines in housing starts to levels well below demographic requirements next year.

Part of the reason it may still be nearer the beginning than the end is because builders have continued to add homes to the market even as demand has slowed – creating a substantial oversupply. The inventory of unoccupied homes in Canada is at its highest level since the mid-1990s, even after adjusting for population growth.

"It will take considerable time for Canada's growing population to naturally absorb the excess stock of newly completed unoccupied housing units," he wrote. As a result, "Residential investment as a share of GDP is expected to decline from historically high levels, acting as a drag on economic growth. After subtracting 0.3 percentage points from GDP growth this year, we expect housing to subtract another 0.5 points from GDP growth next year."

Still, Canada's economy can at least expect to benefit from the strong rebound in the U.S. housing market, right? All that surging demand for homes south of the border will drive Canadian raw-material exports, giving the economy a nice external lift to help make up for the domestic weakness, won't it?

Not so fast. Housing demand in the U.S. doesn't look all that healthy after all.

Stéfane Marion, chief economist at National Bank Financial, noted that the rate of U.S. home ownership, as a percentage of the population, has continued to fall even as the U.S. housing market has turned upward. Indeed, the home ownership rate hit an 18-year low in the second quarter. More people may be buying homes again, but the rate of buying is still below the rate of household formation.

"Instead of buying, people are now renting," Mr. Marion wrote in a research note. Indeed, the number of renters in the U.S. hit a record high last quarter, and has been rising steadily for the past decade.

That trend isn't encouraging for hopes of accelerated U.S. economic growth – pinned largely on expectations of a housing resurgence.

"Until home ownership starts increasing again, we doubt that the U.S. will be able to record growth rates well above 2 per cent on a sustained basis," he concluded.

How the Big Six banks won the battle for Canadians’ wealth
July 27, 2013 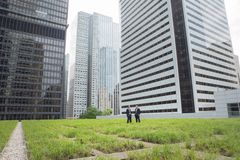 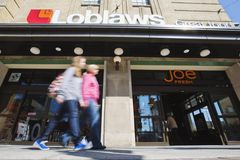