Just how is unclear.

The Stelco file conjures up many bad memories in Ottawa. The recent history of the venerable Hamilton, Ont., company is a tale of layoffs, litigation and broken promises. Once Canada's largest steel maker, the company's work force has dwindled to 2,150 from 26,000. It has been in bankruptcy protection twice since 2003, and remains there now, limping along as it awaits a proposed takeover by Miami-based Bedrock Industries Group LLC.

Read more: Stelco's corrosion began decades ago, but it took a combined effort to finish it off

But the recession hit and U.S. Steel reneged on promises made to the Harper government to boost production and employment. It shut down its main blast furnace in Hamilton and let the company wither until 2014, when it wound up back in bankruptcy protection.

Grilled by the NDP in the House of Commons last week, Mr. Bains said the government is fully "engaged" in Stelco's revival. But he offered the vaguest of responses when pressed about whether Ottawa would step in to guarantee the pensions and health benefits for roughly 20,000 retirees. "Our government recognizes Canadian steel producers to be world class and that is why we're engaged on this file," Mr. Bains responded. "It is very important to our manufacturing sector and our innovation agenda going forward."

The Liberals are understandably uneasy about the Stelco file. And it's not just because the company has been a bad news story for so long.

These days the Trudeau government is all about innovation. It wants to talk about smart factories, artificial intelligence, clean tech and the "digital-first" economy. Ottawa is poised to roll out key pieces of its innovation agenda over the next few months, no doubt ready to tout glowing examples. Smokestack industries such as steel making don't fit neatly into this narrative.

And while Ottawa may have a political obligation to Stelco workers, it doesn't have direct legal responsibility. That's largely the role of the Ontario government, which has regulatory authority over the company's large pension fund. The province has also committed to provide the company with $76-million in loans if the sale goes through.

Ottawa isn't entirely without leverage. It has a role in approving the sale of the company to foreign buyers. And the Hamilton port authority, a federal agency, may have an interest in the buyer's plans to develop more than 500 acres of valuable vacant real estate around the steel mill.

Bedrock's proposed restructuring agreement isn't sitting well with some workers and the city of Hamilton. Under the deal, union members and retirees in Hamilton will see their benefits reduced by 30 per cent. Meanwhile, benefits for workers in Nanticoke will be fully funded.

Mr. Bains doesn't seem eager to use its leverage to strong-arm Bedrock into doing more.

Perhaps more important is the hazy future that awaits the new Stelco. At ceremonies earlier this month, the company hoisted Stelco flags over its mills in Hamilton and Nanticoke, Ont., after nearly a decade of absence. In a nod to government priorities, a company press release highlighted its "Canadian innovation," "environmentally progressive" facilities and advanced technology.

It may take much more than that for the company to thrive. Stelco is facing a low steel-price environment, intense competition from offshore producers and protectionist sabre rattling in Washington. Steel prices have recovered a bit in recent months to just above $300 (U.S.) a tonne on the London Metal Exchange, but that's still well below the all-time high of nearly $1,300 in mid-2008.

The trade environment could prove particularly tough for Canadian steel makers. U.S. president-elect Donald Trump is vowing to play hardball with trade partners in a bid to bring manufacturing jobs back to the Rust Belt. And while he's also promising to spend heavily on infrastructure, strict Buy America provisions may keep Canadian steel makers from getting much of the benefit.

The new Stelco may find that its problems are uncomfortably similar to the old Stelco's. 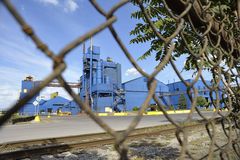 Plan to revitalize Stelco supported by Ontario, opposed by Hamilton
December 14, 2016
Stelco seeking court approval on restructure following Bedrock agreement
December 11, 2016
Follow Barrie McKenna on Twitter @barriemckenna
Report an error Editorial code of conduct
Due to technical reasons, we have temporarily removed commenting from our articles. We hope to have this fixed soon. Thank you for your patience. If you are looking to give feedback on our new site, please send it along to feedback@globeandmail.com. If you want to write a letter to the editor, please forward to letters@globeandmail.com.
Comments