The utopian fantasy of a universal basic income (UBI) has re-surfaced in economic circles recently, as Switzerland has started the process to hold a national referendum on whether to give every Swiss citizen a cheque for 2,500 Swiss francs ($3,012) each month, regardless of their income or employment status.

The argument for basic incomes is simple. Giving everyone enough cash to stay out of poverty will benefit the economy and, more generally, society. The biggest obstacles are, firstly, the enormous price tag on governments, and secondly, whether this safety net would create disincentives for people to work. Universal basic income is ideologically controversial, and it would take nothing short of a revolution to be adopted within the current political climate.

It's worth taking a look at the business case, however – specifically, can countries like the U.S. afford to implement a universal basic income simply by eliminating existing welfare systems? Right-leaning think tanks such as the Heritage Foundation and Cato Institute have argued that if the U.S. government were to eliminate its current welfare programs, and instead funnel all these resources into cash payments to households, all lower-income families could be pulled out of poverty.

Economist Ed Dolan posted on Roubini Global Economics' Economonitor blog about the economic argument, and the fiscal case, for a basic income in the U.S.

Mr. Dolan pokes holes in the assertion that just eliminating welfare programs would liberate enough funds to yank America's poor out of their dire straits, but still concludes that a universal basic income is fiscally realistic. If the U.S. spends $1-trillion (U.S.) per year on welfare programs, and this is evenly distributed among 316 million Americans, that leaves every person with a grant of $3,160, says Mr. Dolan. This falls well short of the official poverty threshold of a family of four – $5,887 per person – and even further from the threshold of a single person, $11,490.

To make up for this gap, he suggests eliminating middle-class tax expenditures and personal exemptions, such as deductibles on employer-paid healthcare plans, and offering retirees the option of choosing a UBI instead of the current social security payments. (About 90 per cent of retirees, which accounts for 32 million people, receive social security benefits of greater than $7,200 per year. Mr. Dolan assumes that this segment, which represents 32 million people, will choose social security benefits over UBI and so a UBI fund would be distributed to 286 million instead of the full 316 million.) Together, these adjustments would free up enough cash for the government to offer a UBI of $5,850 per person, according to Mr. Dolan's calculations.

There are structural thorns in this. Some middle-class households would lose their tax benefits, although overall Mr. Dolan says that these families would gain more from UBI than they would lose in taxes. But while $5,850 would make a major difference in the lives of struggling Americans, just breaching the poverty line doesn't cover basic living expenses in the U.S. or Canada. In New York, one single adult would need to earn $23,920 per year to meet food, medical, and housing expenses, according to MIT's Amy Glasmeier. Even residents of states with a much lower cost of living, such as South Dakota, would require $15,475 each per year.

These results make it clear that in order for minimum incomes to be effective, the government will need to hike its spending considerably from the budget for current welfare programs, and inevitably, tax hikes would be needed to fill in the spending gap.

One major fear is that a UBI would distort labour markets. Will anyone want to work if it is possible to get by without a job? Where do we look for answers to such a colossal question?

Dauphin, Manitoba. The rural town experimented with minimum income programs in the 1970s, dubbed the "mincome" project, through which the government doled out $17-million to 1,000 families based on family size and income. The results show that there was only a small impact on labour markets. Dr. Evelyn Forget, a University of Manitoba professor, published research in 2011 finding that few people stopped working or reduced the hours they worked. Hospitalizations for mental health issues dropped sharply, however, and young people stayed in school for longer.

This is an isolated experiment, but serves to somewhat alleviate fears that universal basic income would yield an idle population and erode the work ethic. If UBI can lift people out of poverty without impacting the labour market, the question then becomes whether governments want to pay a hefty price to revamp social safety nets. In this global policy debate, Switzerland will be the first at bat. 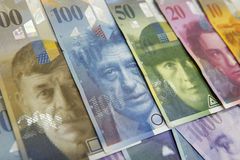 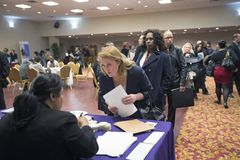 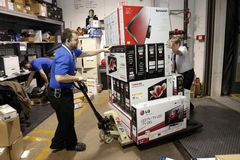