Microsoft Corp.'s largest-ever acquisition is being touted as a bet that LinkedIn's professional network will strengthen its growing cloud computing business, but its real value could be in the corporate and consumer data that the platform's 433 million members generate.

At first glance, the $26.2-billion (U.S.) price tag for LinkedIn Corp. looks steep for a social network with slowing growth. In dollar terms, it's larger than the past half-dozen or so marquee Microsoft acquisitions combined, and it wasn't a widely expected or even heavily rumoured move (although Fortune Magazine has discovered suspiciously high trading volume of LinkedIn options from Friday).

The company shared with investors on a conference call that the combined entity would have a $315-billion addressable market, of which it would own 9 per cent, through its business and productivity segment.

LinkedIn has about 105 million monthly active users and about $3-billion in annual revenue (up 35 per cent on the year), but has been under pressure from investors for most of 2016, as it reported slowing growth. Critics could point to the 2013 purchase of Nokia's handset unit for $7.2-billion, which was eventually written off entirely, as a similar example of Microsoft buying high on a distressed asset.

The hope for Microsoft is that this deal is more like the long-term success of its first acquisition, the makers of Power Point, and less like the purchase of another workplace social network, the Slack precursor Yammer (which has withered under Microsoft).

One of the areas chief executive officer Satya Nadella seems most excited about is connecting some of the private enterprise data that businesses use Microsoft products to manage with LinkedIn's public social media data, a synthesis that represents a potential security nightmare but also a source of huge potential value.

In his internal memo to Microsoft staff, Mr. Nadella spoke of "new experiences such as a LinkedIn newsfeed that serves up articles based on the project you are working on and Office suggesting an expert to connect with via LinkedIn to help with a task you're trying to complete."

He reiterated those points in media interviews and in investor conference calls, broadening the idea to include a deeper connection between Outlook's calendar and contacts that might be used to make LinkedIn's newsfeed more relevant to the things you're doing that day or that week.

What might that look like? Let's say you're scheduled to meet with the accounting team on Wednesday; LinkedIn may start serving you posts that are relevant to tax planning or audit compliance. Even more critically, if you're working up a sales deck for a West Coast trip, LinkedIn's advertising partners may be able to target you with offers tailored to your trip, which may be the kind of information you might not otherwise post to the social network. Then imagine that LinkedIn's data fed into Microsoft's Cortana, making the digital assistant aware of every time someone in your network changes jobs or makes a connection that's relevant to you.

LinkedIn CEO Jeff Weiner will retain his title and operate as a relatively arm's-length unit of Microsoft except when it comes to these integration projects. He spoke with Mr. Nadella about creating "an economic graph, a digital mapping of the world economy" by marrying the data slumbering inside the one-billion-plus Microsoft Windows and Office user profiles. Unlike Facebook or Google, much of the most valuable things Microsoft knows about users of its products isn't being tracked by advertising algorithms, and Microsoft anyway had less in the way of a platform for ad selling. This deal potentially solves both problems.

Security of all that combined data is a potential sore point: LinkedIn has been at least partly responsible for a number of recent high-profile hacks after another 117 million e-mails and passwords (first stolen from LinkedIn in 2012) were released in mid-May; meanwhile Microsoft's long history of flaws and patches could worry security-conscious industries (lawyers, traders, regulators) enough to send them back to typewriters.

For the most part though, the deal matches strengths to weaknesses. Microsoft famously failed at the mobile transition, and LinkedIn is at least an increasingly mobile product: Sixty per cent of its traffic comes from mobile, up 49 per cent year over year. The two CEOs have high hopes for new products and synergies in the areas of recruitment, marketing, workplace training, data analytics and sales lead generation.

Microsoft chief financial officer Amy Hood said the team-up would also significantly speed up Microsoft's cloud business, which had been projected to bring in $20-billion in revenue by 2018. "That goal did not contemplate this type or scale of merger and acquisition," she told investors, suggesting the cloud target will be raised. She also expects the combined company will be able to cut some overlap and find $150-million in "cost synergies."

Moody's suggested it may lower Microsoft's triple-A debt rating on worries that the new borrowing to pay for the deal essentially puts its loans at two times earnings before interest, taxes, depreciation and amortization. 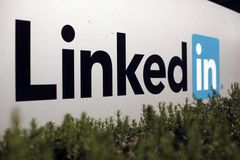 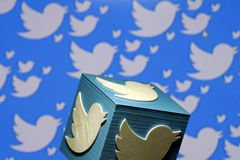