For years, Canada has struggled with its rules regarding hostile takeovers. Companies said the relatively short time period allowed for these bids gave them few options to find an alternate, "white knight" bidder. It led many to adopt shareholder rights plans, known more appropriately as "poison pill" arrangements that discouraged takeovers. And a host of differing interpretations from provincial securities regulators created a patchwork of opinions on how companies could legally respond to a takeover attempt.

Now, securities regulators have collaborated on a set of rules that will apply to takeover bids across the country. Nearly everyone agrees the new policy will bring a certainty to the landscape that hadn't existed before and will make a number of improvements to the rules. What is not as clear, however, is whether one of the new rules, in particular, will benefit investors.

While there are many moving parts to the proposed policy, there is one issue at the core that is prompting the most disagreement, per the comment letters the Ontario Securities Commission has received on the matter. That issue is the minimum amount of time a hostile bid, presented directly to shareholders, must be open. Currently, it is 35 days, one of the shortest periods in the developed world, and an amount of time targeted companies have said is far too short to adequately respond by finding alternate buyers with possible superior offers. The proposal would take that minimum all the way up to 120 days.

In this, a number of investor advocates say the securities regulators have gone too far in giving time to target boards and have created a rule that may discourage bids – and therefore deflate share prices. Slightly more than half of the commenters who expressed a view on the bid period said it's too long.

The Canadian Foundation for Advancement of Investor Rights, or FAIR, says that rather than help the shareholders of target companies "find value maximizing alternatives in the takeover bid process," the 120-day rule "will deter potential bidders from making takeover bids due to increased costs and risks associated with keeping the bid in play for 120 days." FAIR notes that Britain, Australia and Hong Kong all mandate bid periods ranging from 60 to 81 days, while New Zealand's period can be as short as 30.

Debra Sisti, the head of Canadian Research for proxy-advisory firm Institutional Shareholder Services, noted that "one of the more complex transactions in the last two years" was wrapped up in 93 days. On Jan. 13, 2014, Goldcorp Inc. announced a hostile bid for Osisko Mining Corp. By April 16, Osisko said it would instead accept a joint offer from Agnico Eagle Mines Ltd. and Yamana Gold Inc. for cash and shares in two companies. Ms. Sisti says that given that all the parties could negotiate and present such a deal to shareholders in that time, while also considering a revised Goldcorp offer, "suggests that a Minimum Bid period of 90 days would be much more reasonable than the proposed 120 day period."

And the Canadian Coalition for Good Governance, which counts institutional investors managing $3-trillion as its membership, says takeover bids presented directly to shareholders are "unique," as board approval is not required, and the decision to tender shares to an acquirer is the shareholders'. Any uncertainty as to whether a bid should succeed "should come from whether the quality and terms of the bid are acceptable to shareholders, not because that target board has been able to create that uncertainty by keeping the bid open for excessive periods of time."

Some of the commenters who support the 120-day period, however, suggest that not even that may be enough time to consider bids and deal with complex situations. A "working group" of unnamed companies with a combined market capitalization of more than $10-billion says as much, according to the law firm that represents them. And Stan Magidson, president and CEO of the Institute of Corporate Directors, says it is "vital" that Canada's securities regulators "closely monitor the impact" of the changes to make sure the 120 days isn't an insufficient amount of time.

Anita Anand, a professor at the University of Toronto School of Law, wrote in to oppose the 120-day period. Calling the overall proposal a "watershed moment in Canadian securities regulation," she also noted that no matter what commenters had to say, Canadian regulators "will be hard-pressed to amend the proposal in a material way given the difficulty in reaching the current compromise."

If so, and this is the final product, we can take a page from Mr. Magidson: Regulators should "closely monitor the impact" in the coming years – with an eye to shortening the period to encourage more takeovers. 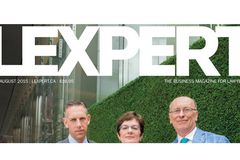 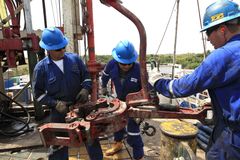