Glory be to the monopolists for they shall inherit the Kingdom of Heaven. Or, at the very least, they shall make more money than silly folk who just compete. That is pretty much the message of Peter Thiel, venture capitalist, co-founder of PayPal, Facebook investor, and mouthpiece for libertarian capitalism. He has recently been touring Europe to promote his primer for would-be entrepreneurs, Zero to One, and he took time out to berate EU regulators for seeking to curb the ambitions of American tech companies, such as Google, which he thinks is a wonderful monopolist, while Europe is nothing but "a slacker with low expectations."

Leaving aside the insult to a continent of half a billion people, Mr. Thiel is on to something about monopolies. His premise is that true success in business is best achieved when an entrepreneur seeks out or builds a market which he can own and dominate. This is at odds with the conventional wisdom that economies thrive best through the bracing business of competition, a process which Mr. Thiel reckons leads to nothing but the gradual erosion of all profit.

Take U.S. airlines, says Mr. Thiel which serve millions of passengers and create hundreds of billions of dollars in value from ticket sales, but in 2012, the industry made only 37 cents per passenger. Mr. Thiel's (somewhat self-serving) blast against enforced and regulated competition helps to explain the terrible problem that anti-trust regulators have with technology companies, such as Microsoft and Google, which amass colossal market shares (in a recent article in the Wall Street Journal, Mr. Thiel suggests that Google has 68 per cent of the Internet search market).

That statistic alone might be enough to antagonize some EU politicians but, unlike U.S. law and custom, Europeans don't have a cultural problem with monopolies. When Mr. Thiel rails against people who "mythologize competition," he is speaking about Americans. Europeans have been creating and licensing monopolies for centuries, from the medieval guild of goldsmiths to modern power utilities.

Google is being investigated by the European Commission, not for its huge market share but for the alleged abuse of its dominant position, in particular for the way it prioritizes search results to suit its commercial interest. Complaints are legion, including from powerful commercial organizations, such as Axel Springer, the German publisher and Microsoft. Nor does it help that Google has been implicated in the excesses of America's National Security Agency, which was caught eavesdropping on German Chancellor Angela Merkel's phone calls.

Therein lies the problem; in the perfect world of the PayPal entrepreneur, the perfect business is one that creates its own market, either with a novel product or service that we didn't think of. The first-mover gains his pricing advantage and exploits it ruthlessly (Mr. Thiel berates the tendency of companies such as Google for attributing their financial success to the brilliance of their product or staff, rather than monopoly, the true source of the huge margins). Unfortunately, it never ends there because monopolies always seek to extend their influence. Standard Oil dominated the U.S. oil industry, first by gaining control of rail transport and then by vertically integrating from oil well to gas pump. It was broken up by the courts in 1911. Google moved from Internet search into cellphones with Android and is currently investing heavily in robotics. Mr. Thiel argues that monopoly has a limited shelf life; he reminds us that AT&T once had a monopoly on telephones but today you can buy a mobile from numerous suppliers. He forgets that AT&T's monopoly was broken up into the "baby Bells" in 1984, long before the mobile telecom revolution took off.

The problem with a monopoly business, whether private or public, is that its natural tendency is to become a utility with all the bad characteristics of a bureaucratic, unresponsive, price-fixing, self-serving power company. It is these tendencies that the European Commission and, indeed, the U.S. Department of Justice are grappling with. It is all very well for Mr. Thiel to argue that innovative entrepreneurs will ultimately knock the Googles and Microsofts off their perches. However, it could take a long time; too long to overthrow AT&T. Indeed, we are still stuck with the old technology of crude oil and gasoline; what would America be like if Standard Oil was still in charge of distribution?

Perhaps, what the Googles and Microsofts require is a licence, similar to the patent granted to a drug company which enables it to charge monopoly profits for a period up until the point at which the dominant technology owner acquires the characteristics of a utility. Mr. Thiel himself advises budding entrepreneurs to avoid competition and go for the new idea, but that won't help consumers; we just get stuck with the old clueless utility. 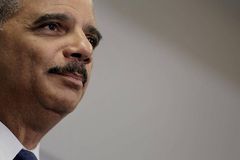 Opinion
For better or worse, EU-Canada deal is a precedent
October 1, 2014 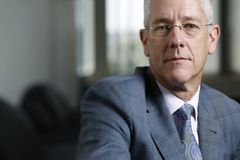