Look what technology did to shale gas," the conference speaker said. "We now have abundant resources and the price of natural gas will be low for a long time." Before heads in the audience could stop nodding, the speaker delivered the punch line: "What happened to gas is going to happen to light oil."

Then came the well-worn thesis, "New technologies, innovation in drilling, and better wells are going to keep oil prices low for a long time."

I took a sip of my lukewarm coffee and thought to myself, "I know an Americano is more expensive than 1,000 cubic feet of natural gas, but I know oil – and oil is no natural gas."

On my small hotel-logo pad of paper, I wrote down five reasons why the economics of oil and gas are as different as tea and coffee.

Natural gas is ubiquitous. Estimates vary from government agencies and consultants, but all agree that there is potentially more than a thousand trillion cubic feet (Tcf) of technically recoverable resources in North America. At higher prices, the number is so large that global consumption of 120 Tcf a year could be satisfied for decades. On the other hand, before the oil price crash, Canadian and U.S. tight oil recoverable reserves were estimated at nearly 60 billion barrels, enough to fill a few Hummers. Yet at 93 million barrels a day of consumption, 60 billion barrels will not satisfy the world's oil appetite for even two years. So, there's more cheap natural gas than there is cheap oil.

2. What's good for gas may not be good for oil.

A 4,000-metre well can be drilled in less than half the time compared to five years ago. Multistage fracking allows greater flow from tight reservoirs into the well. But natural gas has better fluid properties than oil. Think about it: Breathing is easier than sucking on a milkshake. Tight oil production curves have improved over the past five years, but advances are not universal across all plays. And certainly not as compelling as gas plays like the Marcellus. Of course, "sweet spots" have shown improvements, but such prime oil plays are top tier, not the average. In fact, average oil production curves in some plays have stalled out in the past three years. The tea leaves need to be read correctly – and not mistaken for coffee beans.

After North American natural gas prices plummeted, producers began moving their drilling rigs to more profitable oil-prone plays. But hydrocarbons are not discrete products like tea and coffee; oil and gas often come out of the ground as a mixture. When the industry began targeting more oil in 2009, they encountered a lot more "associated gas" – a byproduct of oil drilling. So, oil began subsidizing gas. Very few natural gas and oil plays are economic today, so where do the rigs go next? Answer: The parking lot. And unlike natural gas, there is not a higher-value hydrocarbon that will deliver "associated oil."

"Not a wheel turns, which is not dependent on petroleum," is many times truer today than when it was first coined in 1919 by investor-author Reid McBeth. Despite promising alternative fuel vehicles, oil still has a virtual lock on anything that moves on wheels, hulls and wings. Such is not true for natural gas, which has fungible competition in many of the markets it serves. For example, in power generation, gas competes ruthlessly with coal and renewables. When the price of gas gets too high, the substitutes quickly claw back its market share and pressure its price. When the price of oil gets too high, substitution is negligible; consumers complain, and wheels turn a little less.

North American gas prices are relatively low because it is unable to access higher-priced global markets. Forthcoming liquefied natural gas (LNG) exports will help over the next decade. But it will be a while before domestic gas trades efficiently. U.S. oil on the other hand is already reaching world markets, skirting export bans by masquerading as "finished petroleum products" or light condensates. Canadian oil is not subject to such legalities. And more North American oil will be needed because the bulk of the world's unstable oil supply gives markets more jitters than a double espresso. 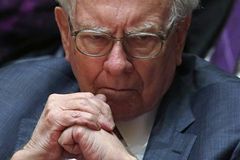 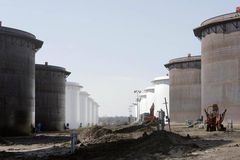 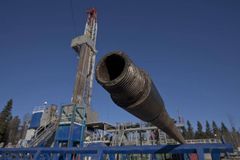 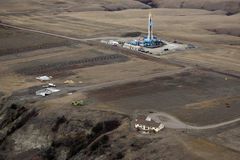