Sylvain Charlebois is dean of the faculty of management and a professor in food distribution and policy at Dalhousie University.

The Rio Olympics are over, and the big winner, as usual, is the International Olympic Committee, with its massive sponsorship deals. Well-known companies such as Coke and Kellogg's have poured millions into the IOC, but the biggest name in Olympic food sponsorship may well be McDonald's.

The fast-food giant's association with the Olympic movement goes back four decades, beginning with the 1976 Summer Olympics in Montreal. Its current deal, which ends with 2020 in Tokyo, is allegedly worth more than $50-million (U.S.) per Games – just for the right to use the famous Olympic symbol on its products. The association must be lucrative on both ends.

McDonald's restaurants also happen to be the world's largest toy distributor by virtue of selling millions of its "Happy Meals" for children every year. In Canada, these meals have come with all manner of toys since their introduction in the late 1970s: stencils, 3-D glasses, Frisbees, balls, posters, miniature gardening tools, video games. Most are associated with movies or television shows, and come as part of a collection, encouraging parents and children to return over and over to collect the entire set.

Over the years, the toys have become more sophisticated. This year, consistent with the spirit of the Olympics, the chain chose to offer Step-It, a pint-sized step counter for children. The watch-like device was meant to allow kids to monitor their daily physical activities. But dozens of users reported developing skin irritation while wearing the counters. The chain stopped offering the toy and issued a formal recall on Tuesday. What originally seemed like an interesting idea to promote getting into shape had backfired.

The Step-It experience points to the ethical and moral issues of giving away toys with a food purchase.

It's not really advertising to children, which is a forbidden practice in many jurisdictions, including Quebec. However, the McDonald's toy strategy, along with the marketing of food with questionable nutritional value, has long made many observers uncomfortable.

The Happy Meal represents about 10 per cent of McDonald's sales – more than 1.5 billion are sold worldwide every year. Needless to say, these toys are important to the company's bottom line.

A few years ago, the City of San Francisco tried to ban the giveaway practice. But McDonald's got around the council by "selling" the toys at a dime each. Smart, but also perilous in the era of social licence.

Social licence can be defined as an organization's ability to operate with the confidence of stakeholders and that its activities are deemed morally and socially legitimate. It encompasses such issues as supply-chain transparency, environmental stewardship and gender equality on leadership teams and boards.

Such questions have engulfed resource industries in recent years, as well as captured the imagination of critics in the food space. Consumers are questioning current practices and challenging industry leaders on many fronts – it's surprising Happy Meals haven't captured more of their attention, but that could yet change. Already, in Chile, McDonald's is no longer allowed to give away free toys with Happy Meals. There are other countries where the company now offers the option of books instead of toys.

Striking a balance between childrens' wants and responsible parents' expectations is difficult, but not impossible. And let's face it – most toys received at McDonald's will capture a child's imagination for a few hours at most. Some toys don't even make it to the car. So this is also an issue of waste.

The moral contract between consumers and the food industry is constantly being revisited. What was acceptable just a few years ago may not be today. It's easy to see how the days of associating toys with fast food could be numbered.

As a responsible company, McDonald's has made some interesting adjustments in recent years. And giveaways aren't always a bad idea – who doesn't like a free gift? However, it may be time for McDonald's to repurpose the Happy Meal. It shouldn't just be about entertaining a child for a few minutes – these days, we expect more. 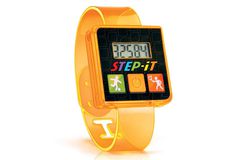