The U.S. Environmental Protection Agency calls the Honda Civic GX the world's cleanest internal combustion vehicle. How clean? By EPA analysis, it reduces nitrogen oxide emissions by 35 per cent, hydrocarbon emissions by 50 per cent and particulate matter emissions by 95 per cent. For all practical purposes, it's a zero-emissions car.

Yet, the Honda GX is neither manufactured nor sold in Canada. It's made and sold only in the United States – where it exceeds the stringent pure-air standards of the famously tough California Air Resources Board and qualifies for carpool lanes that are open only to the cleanest of vehicles.

The Honda GX runs on compressed natural gas, the only alternative fuel so cheap that it doesn't need government subsidies. Now sold in 197 dealerships in 36 states, it's an assembly-line family car, the first mass-produced CNG vehicle. It lists at $26,000 (U.S.) and gets good mileage: 30 miles per (U.S.) gallon in city driving, 42 miles per gallon in highway driving. The price of CNG "at the pump" runs $2.50 a gallon – the same price, ironically, that Republican presidential contender Newt Gingrich has set as a long-term American goal for regular gasoline.

Honda says the GX gets 240 miles per fuelling, twice the distance typically delivered by an all-electric car. Drivers can fill up at gas stations that sell compressed CNG (it takes five minutes); alternatively, they can refuel overnight at home with a modest retrofit of their natural gas heating systems.

The U.S. Department of Energy is a fan, citing the transformative potential of a readily available "domestically produced fuel." It maintains a website that lists all CNG-equipped service stations in the U.S.; every state except West Virginia and South Dakota now provides CNG fuelling facilities. The department reports 3,609 such stations in the country; California leads the way with 228. This is only half the number of stations that provide battery boosting for electric cars – but the network of CNG stations is expanding rapidly.

It's the assembly-line production of CNG cars that will drive the supply of service stations – and that, in turn, will expand the supply of CNG cars. Retrofitted CNG vehicles are now commonplace – taxis, buses, trucks (including pickups), big construction machines. But the retrofits are a custom job, and expensive ($10,000, for example, per pickup truck). These retrofits pay for themselves only with extraordinary high-mileage use. One U.S. study showed that New York taxi drivers needed to drive 300,000 miles a year to make the retrofit pay for itself in the ordinary (three-year) life of their cabs.

The Honda GX, though, heralds an alternative-energy breakthrough. Originally introduced in 1998, the company sold (on average) only a few hundred cars a year – 11,000 in 14 years. In 2011, though, sales tripled; in 2012, they are expected to quadruple. And GM announced earlier this month that it would begin to take orders for pre-customized CNG pickup trucks. (In this scenario, the buyer will still need to install CNG cylinders.) A tipping point for CNG approaches.

The mystery, though, remains. Why the political and governmental indifference in Canada to a fuel technology that reduces the demand for oil, which is expensive, and replaces it with natural gas, which is cheap and abundant? Why the government obsession with electric cars that, so far, apparently don't work all that well? What is it that U.S. environmentalists know that Canadian ones don't?

The cheaper, cleaner fossil fuel got a big boost with Green Car Journal's announcement that it has named the Honda Civic GX as the 2012 Green Car of the Year. Finalists included the Ford Focus Electric, the Mitsubishi Electric, the Toyota Prius V and the Volkswagen Passat. The magazine selected four prominent environmentalists as judges – Carl Pope, the former chairman of the Sierra Club; Frances Beinecke, president of the Natural Resources Defense Council; Jean-Michel Cousteau, president of Ocean Futures Society; and Matt Petersen, president of Global Green USA – along with Tonight Show host and internal combustion enthusiast Jay Leno.

In other words, folks, it's eco-ethical to run your car on a fossil fuel. (Someone should tell Ontario Premier Dalton McGuinty.) 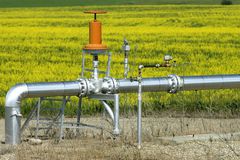