Anita Anand is a special advisor to the Board of FAIR Canada and the J.R. Kimber Chair in Investor Protection and Corporate Governance at the University of Toronto.

The current proposal for reform of Canada's securities regulatory structure, referred to as the "Cooperative Capital Markets Regulator," is not in investors' interests.

This may seem strange because securities regulation is founded on the need to protect investors in the capital markets. Yet in both its governance structure and substance, the CCMR is less advantageous to investors than the current model of securities regulation, particularly initiatives led by the Ontario Securities Commission.

The CCMR was born after the Securities Reference case in which the Supreme Court of Canada rejected the federal government's proposed statute on the basis that it falls outside the general trade and commerce power in the Constitution. The Court also issued a challenge to the federal government to co-operate with the provinces to address the issues raised in the case.

The CCMR thus began with the federal government, Ontario and British Columbia signing an initial agreement in principle after the Securities Reference case with the additional provinces joining the effort to create a co-operative regulator thereafter. Although the Quebec Court of Appeal recently ruled that aspects of the CCMR are unconstitutional, the reforms are likely to continue to move ahead.

There are numerous governance issues with the proposed CCMR, made more serious given that the date for the CCMR to come into existence is July 1, 2018. To begin, the CCMR board of directors represents various geographical regions and stakeholders in the financial industry but has no specific investor representation. In a securities regulatory regime in which investor protection is a paramount objective, investor representation on the board is a necessity.

In 2010, the OSC created an investor advisory panel as a response mechanism for investor concerns. An investor panel is fundamental to the development of policy that consistently and accurately represents investors' interests. But the CCMR does not contemplate the creation of an investor advisory panel (unlike the previous version of the proposed national regulator). Perhaps it would in the future but why would investors want to exchange a bird in the hand for two in the bush?

In terms of the proposed substantive law, the draft legislation contains no statutory best-interest duty. This duty is necessary to meet clients' expectations and specifically to compel investment advisers to provide objective advice that always puts their clients' interests first. Consistent with the OSC's initiative, the Province of Ontario's Expert Panel recently proposed the implementation of this duty. Investors may well be better off under the current regime where at least the move towards a statutory best interest duty has gathered steam in the provinces of Ontario and New Brunswick.

Recently, the Canadian Securities Administrators published a consultation paper in which it stated that embedded commissions, which involve commissions being paid to mutual fund managers, encourage the suboptimal behaviour of fund market participants. If the regulator under the CCMR does not carry forward the content and proposals of the CSA consultation, the useful steps that have been taken from a policy standpoint may be in vain.

In regard to transition, there is considerable uncertainty in terms of the applicable law and the way it will be applied and enforced in transitioning to the CCMR: what is the likelihood that all issuers, self-regulatory organizations, investment advisers and investors will have a consistent view of their respective places in the new structure? What will be the overall effect of this uncertainty on the capital markets, especially given that Alberta and Quebec are not participating?

There are many good reasons to support centralized decision making in securities regulation. However, retail investors should be concerned about the CCMR – it contains dispersed rather than centralized decision making with questions about who is driving the ship. Sticking out like a sore thumb are questions about who is representing investors' interests given that no statutory investor advisory panel is contemplated and no investor representatives sit on the CCMR board of directors. In terms of substantive law, no statutory best interest duty, no prohibition on embedded commissions and no whistle-blowing regime with financial incentives are contemplated.

In short, the CCMR as currently structured is worse for investors than the current regime. A new securities regulator must deliver something more or it will not be worth the extensive time and resources that have long been devoted to the project. The case for the CCMR has not been proven. 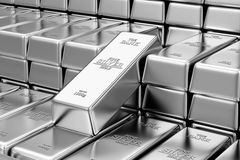