I just bought what?

She's just a humble bed-and-breakfast owner in Britain right now, but she may soon also be the reluctant owner of New World Oil and Gas.

Judith Williams, 76, had her 38-year-old son Chris doing a bit of investing for her when he snapped up 342 million shares in penny stock New World Oil and Gas, a Jersey-based energy concern exploring in Belize.

Chris thought he was taking a 10-per-cent stake in the company, when actually he bought more than half its shares, triggering a mandatory bid for the rest of the company, as a London City regulator ruled this week. That leaves Ms. Williams potentially on the hook for an investment of hundreds of thousands of pounds, as the Financial Times reports.

When asked what she felt about her predicament, she replied, "Oh, just leave it to Chris."

Perhaps it's one more reason to limit your kids' Internet access.

When you're starting out, you are nothing but a cockroach. You have nothing. You're scuttling around on the ground just trying to survive off of the crumbs that are falling out of the market. As you grow, then you get the respect of more and more investors. You are a cockroach. That's why I call them cockroaches. In a nice way.

For investors trying to get a leg up in China's often volatile stock market, the best approach may be to watch a little TV.

China Merchants Securities Co. senior analyst Xia Xiaoyang believes the network can also help investors time the market by detecting "unusual movements." Among other patterns, he has found that whenever the network runs long pieces on a particular sector, stocks in those segments often surge.

Investors should hope he's got it right. Sitting back in the La-Z Boy seems a much a nicer way to make investment decisions that scanning a bunch of boring old stock charts.

Why not privatize Greece?

When your company is acquiring cash hand-over-fist and has nothing much to spend it on, how about buying a country?

It's been a couple of years since a smart-aleck investor asked Apple boss Tim Cook if he'd consider buying Greece. Now that it has almost $200-billion (U.S.) in cash and equivalents, the idea seems a little less far-fetched, Leonid Bershidsky says in a Bloomberg column.

The tech darling, along with Microsoft, Google, Pfizer and Cisco together have about $439-billion sitting overseas, according to Moody's, and roughly half the cash they hold could bring Greece's debt down to a workable level of 70 per cent of GDP, Mr. Bershidsky says.

For many Greeks, that may beat going cap-in-hand to the hated troika any day.

What makes for a happier worker? Having a job in the Netherlands, for starters. The fact that more than half of the country's working population works part-time, according to a report in the Economist, may have a lot to do with it.

The overall EU average for those working fewer than 36 hours a week is around a fifth, compared with 26.8 per cent of Dutch men and 76.6 per cent of women, according to figures from Eurostat.

Despite that, the Netherlands still enjoys a high standard of living. Maybe we should all consider going Dutch.

On Monday, Picasso's The Women of Algiers set a new record for a piece of art when the hammer came down at $179-million (U.S.) at auction.

It may be art, but Fox News knows what it likes. 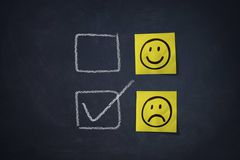 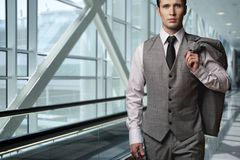 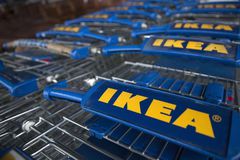