The economic impact of Ontario's minimum-wage hike on the province's lowest earners has received a great deal of attention, but the effect is felt more broadly by employers who face labour cost increases.

Ontario increased its minimum wage to $14 from $11.60 on Jan. 1 and plans another hike – to $15 an hour – next year. As predicted, some businesses responded immediately by reducing hiring, cutting employee work hours, reducing benefits and charging higher prices. Further, Ontario experienced a decline of more than 59,000 part-time jobs in January, as highlighted by Statistics Canada. While it is too early to attribute this decline to any specific factor, the sharp wage hike is unlikely to have helped.

The hikes also likely spread beyond those earning a minimum wage; an increase in the minimum wage ripples through the wage distribution and potentially leads to higher incomes for other workers.

Many workers who earned close to the minimum wage prior to the increase likely also saw higher paycheques. Their remuneration needs to go beyond the new minimum wage to reflect their experience and ability. Otherwise, non-experienced minimum-wage employees and more experienced or higher-skilled workers receive the same pay, skewing incentives in the workplace.

Similarly, employers may raise all wages to maintain a relative hierarchy of wages according to employee skill levels. This broader wage adjustment may be necessary for businesses to remain competitive in the labour market and reduce turnover.

In these scenarios, business owners may substitute low-skilled employees with high-skilled workers because of an increase in the relative price of low-skilled labour. As such, raising the minimum wage could also increase the demand for skilled labour and, consequently, their wages.

How far does this ripple effect spread across the wage spectrum and how wide is its impact?

A Canadian study shows that raising the minimum wage significantly affects wages up to the 15th percentile of the wage-distribution ladder, that is, of the wages of the lowest 15 per cent of earners. The further wages of workers are from the minimum wage, the more the effect of any increase in minimum wage is mitigated.

As such, a minimum-wage increase has the potential to reduce income inequality, as more workers at the bottom of wage distribution earn wages close to middle-class wages. However, depending on its size, an increase in the minimum wage can have sharply different outcomes on the distribution of overall earnings.

In a C.D. Howe Institute study, Professor Joseph Marchand of the University of Alberta argued the poverty impact of a minimum-wage hike depends on whether minimum-wage workers kept the nature and working hours of their employment unchanged. It is best, as a result, to introduce such hikes when the economy is strong.

A study that looked at the effect of minimum-wage increases on wage inequality across Organization for Economic Co-operation and Development-member countries also shows the minimum-wage hike actually begins to increase income inequality beyond a certain "maximum-effectiveness" level. After reaching this level, additional wage increases are too high, insofar as they can be accompanied by significant job losses and actually increasing inequalities as a result.

The January weakness in Ontario's labour market will no doubt spur a debate on whether the province has exceeded the threshold at which higher minimum wages actually exacerbate, rather than reduce, inequalities. It would be wise to consider giving the labour market more time to adjust to the recent increase before rushing forward with the plan for a second increase, to $15 an hour, next January. 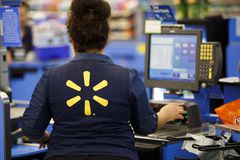 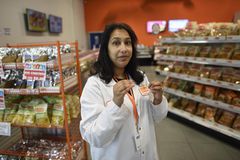