Branko Milanovic is an economist who specializes in development and inequality. He is currently Visiting Presidential Professor at City University of New York Graduate Center and an affiliated senior scholar at the Luxembourg Income Study (LIS).

As many of the world's richest and most powerful individuals gather at the World Economic Forum in Davos this week, we again find ourselves talking about economic inequality. New figures from Oxfam show the world's billionaires increased their fortunes by a handsome $762-billion in just 12 months, enough to end extreme poverty seven times over.

Oxfam uses Credit Suisse data to show that 82 per cent of new wealth created last year went to the top 1 per cent. This is a long-term problem – the World Inequality Report reveals that since 1980 the world's richest 0.1 per cent have increased their wealth by the same amount as the 3.7 billion people who make up the poorest half of the world's population.

Before we look in more depth at these rather gloomy figures, let's pause for some slightly more cheerful news. Income inequality between countries is decreasing. If we were to line up the world's population, with the poorest at one end and the richest at the other, there would be some very big gaps between them, but these gaps are shrinking. This has been driven over recent decades by the rise in incomes in the world's big emerging economies – China first, and then India – bringing average incomes in those countries closer to those of the rich world. This has coincided with a sharp decline in extreme poverty rates in those countries, and is something to be celebrated.

Growth has not been benefiting everyone equally, however. Income inequality within countries is at worryingly high levels and, in many countries, it is still rising. Our measurement of this is largely based on data from household surveys, but we know that these tend to underestimate the income of those at the top of the income distribution ladder.

Working with economists at the World Bank, I have recently tried to provide more realistic estimates for the incomes of the richest 10 per cent in each country. We have been able to show global income inequality is almost certainly higher than previously thought, and would be even higher if we could factor in the significant tax avoidance of the richest. We also know that wealth inequality is even more extreme in every country for which we have reliable data.

Unfortunately, it is this within-country inequality that negatively affects our economies and our societies. There is now a substantial body of evidence that high levels of inequality are bad for economic growth – for most of us anyway. Interestingly, a study of U.S. income distribution over the past 50 years shows higher levels of inequality seem to be economically beneficial for the rich, who are often able to translate their disproportionate control of resources into disproportionate influence over political and economic decision-making.

As shown by Thomas Piketty in Capital in the 21st Century, in the absence of government intervention, market forces will often ensure returns to capital rise faster than the overall rate of economic growth. A recent research paper used data from 16 advanced economies between 1870 and 2015 to confirm this is not a new phenomenon. My own results in Global Inequality show an extreme concentration of income from wealth in all advanced countries, whether it is the United States or Sweden. This is why we need policy actions to check the increase: Inequality will not go down by itself.

So why is this happening? Tax cuts for the rich, tax avoidance and evasion, financial deregulation, and the prioritization of returns to shareholders and owners by large companies have all helped the rich get richer while the poor and the middle classes are left behind. This adds to long-standing social inequalities – it is no coincidence that men are overrepresented at the top of the pyramid, and women are overrepresented in the world's lowest-paid and most precarious jobs.

To return to some good news. None of this is inevitable. Oxfam's report includes a long list of recommendations for both governments and businesses – from the establishment of a minimum wage that ensures workers have a decent standard of living to limits on the returns paid out to shareholders and top executives – that would help to reverse these trends.

Historical trends show us that government action can lead to significant shifts in inequality levels – this is why we saw such a large decrease in inequality in Europe and the United States after the Second World War, for example, and why we've seen it increasing again in those regions since about 1980. It's time for another dramatic shift. The opportunity is there, and the need could not be more pressing. 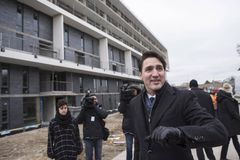 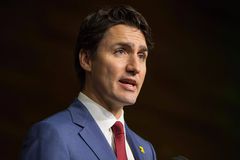