Christopher Ragan is an Edmonton-born associate professor of economics at McGill University in Montreal and a research fellow at the C.D. Howe Institute in Toronto.

With the low price of oil today, many Albertans have long faces. Some believe we're witnessing the beginning of the end of the oil patch, but I disagree – Alberta's oil industry still has a promising future. However, it won't happen automatically. Serious effort and good policy will both be required.

There are two blessings and one curse related to the future of the industry.

The first blessing is the oil itself. Alberta has a fabulous endowment of something the world desperately needs and will continue needing for many years. With the current low oil price, one might conclude that the world isn't that interested in Alberta's oil any more. But don't be blinded by the short term. As the world economy continues to grow and the demand for energy grows along with it, the price of oil will recover.

With Alberta's current production of about 3.7 million barrels a day, even a $10 increase in price means an increase in oil patch revenues of $37-million a day – more than $13-billion a year. With a resource this valuable, it would be crazy not to develop it. But this gets us to Alberta's major curse. I'll call it the "curse of costs," and it comes in three parts.

The first part is that building costly pipelines to ports in British Columbia, Eastern Canada or the United States is crucial for getting Alberta's oil to the world market. For mostly political reasons, this is proving to be quite a challenge.

Second, the bitumen from Alberta's oil sands, which makes up about 80 per cent of total provincial output, is more expensive to produce than almost any other oil in the world today, mostly owing to the extreme capital investments required.

Third, production from the oil sands is also much more energy intensive than conventional oil. And since most of that extra energy comes from the burning of natural gas, it generates significantly more greenhouse-gas emissions.

If world oil demand would keep increasing forever, Alberta's three-part curse would not be such a big deal, because demand growth would drive up the price and keep Alberta's production profitable, even if it could only get to tidewater by rail. But credible forecasts show that world demand will rise only until about 2030 or so, at which point it will begin a long-term decline, driven by several factors – including the continuing growth of the service sector in China and India, the international spread of effective climate policies, and the further scaling up of renewable power sources.

The really difficult challenge for Alberta won't occur in the next 15 or 20 years. It will occur shortly after global demand for oil begins its long-term decline, at which point the highest-cost producers around the world will be ejected from the market, one by one. How will Alberta retain its place?

This brings us to Alberta's second blessing. The province and its cities have lots of smart and well-educated people, in universities and businesses, who are good at solving all kinds of problems. It also has a system of government that is supportive of a business environment and a public service committed to the development of good policy.

What can connect these two blessings and one curse to help secure the future of Alberta's oil industry?

With apologies for relying on an overused word, the answer is "innovation." These smart Albertans, when faced with the right incentives and equipped with the right tools, will come up with ways to reduce production costs and greenhouse gas emissions in the province's oil industry. The necessary incentives will be generated by a combination of market forces and well-designed policy.

For two reasons, a carbon price is the best policy for driving Alberta's required innovation. First, it creates powerful economic incentives to reduce emissions and develop cleaner methods of production. Second, if the provincial government reinvests a share of the associated revenues into the creation of better technologies, costs and emissions will be further reduced. As an added bonus (although it is certainly debatable), a carbon price in Alberta might even help to get those much-needed pipelines built. It certainly wouldn't hurt.

The bottom line, despite the long faces so prominent today, is that Alberta's oil future is actually pretty promising. It will take some smart policy and real effort to secure that future. Albertans should make sure not to miss this opportunity. 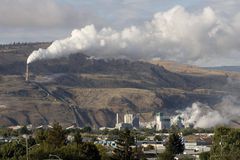 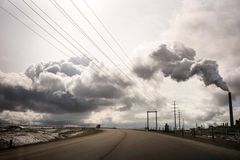 Opinion
A dollar-driven investment opportunity came and went in a flash
January 14, 2016