David Doorey is a professor of labour law at York University.

On one hand, the WestJet story is just a footnote in Canadian labour history, another close but unsuccessful attempt at unionization. But if we step back, we can see in the WestJet story some important themes that speak to the most pressing tensions in labour policy debates in Canada today.

The story of the WestJet pilots is ultimately a story about the search for a meaningful collective voice at work. Since the 1940s, the mechanism through which governments promoted or tolerated collective worker voice was through a particular institutional form: majority trade unionism. If a majority of employees wanted collective rather than individual bargaining, they could join a union and the state would order the employer to bargain with the union. In limited circumstances, those unionized workers could even strike to pressure their employer for a better deal without fear of losing their jobs.

That model worked well enough in its time, but more recently, fewer workers have access to it. Only about 15 per cent of private-sector workers are unionized in Canada, down from 26 per cent in the mid-1980s. Yet, we know from surveys that workers want a collective voice in the workplace, although many would prefer that representation to be "less adversarial" than traditional collective bargaining. There are well-documented personal and business-related benefits associated with having an effective collective worker voice.

Therefore, policy makers are asking whether our laws should promote alternative forms of collective employee voice as a supplement or even a substitute for traditional collective bargaining. Two experts selected recently to lead Ontario's review of labour laws posed the following question in their guide to public consultations: "Are new models of worker representation, including, potentially, other forms of union representation, needed beyond what is currently provided?" How we answer this question could have dramatic effects on the Canadian labour-relations landscape for years to come.

The recent events at WestJet engage these issues. Presumably, the divided group of pilots will now continue under WestJet's self-made labour-relations model known as the Proactive Communication Team (PACT). WestJet created PACT in 1999 to act as a non-union alternative form of employee representation. The company meets and engages in dialogue with PACT. Workers are even given the right to "ratify" contracts dealing with working conditions.

Employers engage with non-union employee associations as a union-avoidance strategy. It's no coincidence that these associations tend to emerge in industries where unions have a strong presence. PACT offers WestJet a more palatable alternative to a real union, because unlike a union, PACT has no statutory rights in Canada. WestJet has no obligation to acknowledge, let alone bargain, with PACT. Legally speaking, PACT doesn't exist. PACT members have no legally protected right to strike and can be fired if they push back too hard. PACT exists at WestJet's pleasure. It's easy to see why WestJet would prefer PACT to a real union.

Which brings us back to policy. In the United States, PACT would be illegal, barred by the long-standing prohibition on company unions. Many U.S. labour law scholars, including some with decidedly pro-union attitudes, have called for a loosening of that ban. They argue that given the dismal record of the U.S. National Labor Relations Act in protecting the rights of workers to access real unions – about 7 per cent of private-sector workers are unionized in the United States – even a company-dominated association might be better than no association at all, provided that the law protects employees who speak out. Some employee voice is better than none, and employees frustrated with weak "company unions" may eventually turn to real unions.

For unions and advocates of collective bargaining, all this talk of legally mandated alternative forms of employee representation is deeply concerning. They argue that only independent unions have the means and power to provide real collective voice in the workplace, free from employer domination. Yet by necessity, unions are also exploring new forms of collective representation, such as industry-level bargaining and even "minority" unionism that would, for example, give some form of collective-bargaining rights to the 45 per cent of WestJet pilots who voted to unionize.

Change is coming to Canadian labour law, fuelled by debates over the value of collective employee representation and the potential legal forms it could take. The stakes are high. 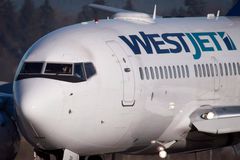 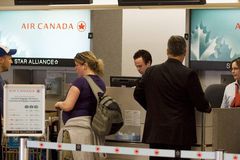