Brad Wall won't be happy about this.

The Saskatchewan Premier has recently been complaining about have-not provinces sticking spokes in the wheels of wealth-creating energy projects, all while they clamour for more generous equalization payments paid for out of taxes from wealthier provinces such as his. Now, Quebec has given him one more reason to gripe.

Quebec's environmental assessment agency has recommended a ban on uranium mining in a 626-page report that one critic lambasted as a "veritable collage of science and mysticism" regarding the mineral, used mainly as fuel for nuclear reactors. Liberal Premier Philippe Couillard's government is still "studying" the report. But after saying no to the shale gas industry and its potential jobs and royalties, Quebec appears headed for another de facto moratorium on resource development, despite collecting $9.5-billion in equalization payments this year.

Indeed, the equalization formula discourages such development, since every dollar Quebec collected in resource royalties would reduce its equalization haul by 50 cents. It's enough to drive Mr. Wall, whose province is the world's second-biggest uranium producer, to distraction.

But what unsettles the mining industry most about the report by the Bureau d'audiences publiques sur l'environnement (BAPE) is that it injects the concept of social licence into what is supposed to be a science-based environmental impact assessment. Evaluating the social acceptability of any project is not a scientific exercise; it's a political one. 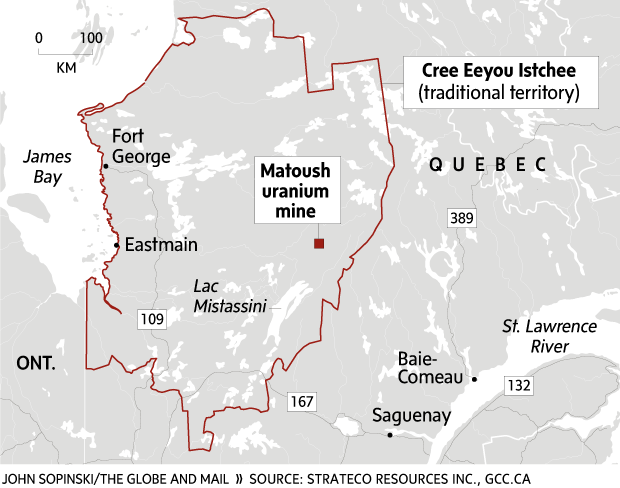 But the BAPE process was conflicted from the outset. In 2012, Parti Québécois environment minister Daniel Breton, an environmental activist before his two-month stint in cabinet, ousted the agency's chairman and named former environment journalist Louis-Gilles Francoeur as BAPE vice-chairman. In 2014, the province's mining lobby and Strateco Resources Inc., whose proposed Matoush uranium mine in Northern Quebec had received federal approval, sought Mr. Francoeur's removal from the three-person BAPE panel studying uranium mining. During two decades as Le Devoir's dogged environment reporter, Mr. Francoeur had developed a reputation as a fierce critic of industry in general, and nuclear energy in particular.

The panel responded not only by confirming Mr. Francoeur as its head, but by refusing to hear submissions by the Quebec Mineral Exploration Association or Strateco chief executive officer Guy Hébert altogether. The BAPE concluded in its final report, released in July, that "because of uncertainties, gaps and sometimes important limitations in the scientific and technological knowledge, the issue [of uranium mining] is far from creating a social and political consensus, which translates into very low social acceptability in Quebec."

The panel underscored "near unanimous" opposition to uranium mining among First Nations, especially the Cree Nation on whose territory the underground Matoush project is located. But Cree hostility toward uranium mining only appears to have jelled after First Nations leaders failed to reach a deal with Strateco on sharing economic benefits from the Matoush mine.

Meanwhile, the BAPE substituted the expertise of the Canadian Nuclear Safety Commission, which already had approved the Matoush mine, with that of Quebec's public-health research agency. The agency expressed concerns about exposure to radiation among mine workers and nearby residents. In the case of Matoush, the nearest Cree community is 200 kilometres away.

Matthew Coon Come, the Grand Chief of the Grand Council of the Crees, defended the BAPE's rejection of the federal commission's findings, saying the Ottawa-based agency's raison d'être included the "promotion" of the nuclear industry. That elicited a sharp rebuttal by CNSC president Michael Binder, who took "strong exception to Mr. Coon Come's conclusions, which suggest that uranium mining is less safe than mining for other metals."

That was after Mr. Binder wrote to Quebec Environment Minister David Heurtel, claiming that that the "BAPE's decision to continue to question the long-standing science and proven safe track record of modern uranium mining is misleading Quebeckers and all Canadians."

Mr. Binder's decision to wade into provincial politics is, to say the least, unusual for a federal regulator. But after invoking the lack of social licence last year to recommend a ban on fracking in the St. Lawrence Valley, the BAPE has once again diminished its own credibility by substituting sociology for science.

Social licence is not some peer-reviewed, scientifically measurable commodity. Like public opinion, its level can be subject to vast swings. But the BAPE report likely suits the Quebec government because it provides cover and relieves Mr. Couillard of the responsibility of actually having to govern. The latter involves arbitrating economic, environmental and political conflicts, rather than just pandering to public opinion.

But who needs to govern when equalization keeps coming? 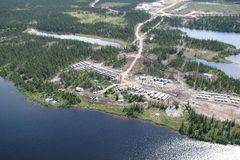 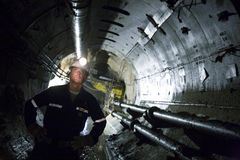