Darryl White, chief executive officer of Bank of Montreal, will be attending the World Economic Forum in Davos.

Next week, businesses, government leaders and researchers will be participating in the annual World Economic Forum in Davos, where the topic is "Creating a Shared Future in a Fractured World." This gathering in Europe takes place while the next round of North American free-trade agreement negotiations – widely expected to be one of the most consequential and where a U.S. termination is a real risk – occurs in Montreal.

Given the coincidence of these events, the theme of this year's forum could easily be recast for North American attendees as "Preserving the Gains North America Has Realized with NAFTA." The uncertain future of our North American economic union remains a substantial risk to shared prosperity.

My company has seen first-hand the benefits of trade openness, chief among them the two-way growth opportunities NAFTA provides for our Canadian and U.S. customers, and the communities we serve.

Eliminating barriers to trade brings us closer together. Shared enterprise means common interests, and less impetus for distrust and confrontation. How we achieve this in North America, in a modernized North American free-trade agreement, depends largely on how the United States decides to engage with others. Large economies such as that of the United States can be tempted – as the current administration seems to be now – to see trade as a zero-sum game, and seek to maximize value for themselves at the expense of others. Yet, experience has shown that the benefits of trade are more than a simple tally of trade surpluses or deficits. Our aim, therefore, should be to ensure citizens of all countries – including the largest – see the benefits of growing economic opportunities for everyone.

We should all remember that NAFTA has brought the freer movement in goods, services, people and investment in North America which in turn improved the allocation of capital – boosting efficiency, reducing the cost of capital and helping to increase the competitiveness of North American businesses in the global economy. This has helped support investment and jobs; it is no accident that unemployment rates in North America are now close to their lowest levels in decades.

Not to be overlooked, the increased efficiency from more integrated trade helps reduce prices to consumers. While many factors drive inflation, the average consumer price inflation rate in Canada since NAFTA has been less than 2 per cent a year; it averaged more than 6 per cent in the 25 years before the agreement came into force.

Conversely, we expect Canadian consumer prices would be nearly 1 per cent higher without NAFTA – a result of a weaker exchange rate and higher tariffs. In the United States, consumers will face upward pressure on prices as well; as an example, the average price of a car could ultimately rise by $1,000.

While everyone shares in the benefits of wider choice and greater affordability, some inevitably – and understandably – fail to acknowledge the benefits because they have been negatively affected by a changing marketplace. For those left behind during the transition, we need to establish better adjustment programs – both to help firms that need to refocus their operations, and workers who need retraining for new and different skills. We also need to ensure we share the benefits of globalization with all.

We must not let new trading relationships take the blame for the other forces of economic dislocation. As innovation and new technologies drive workplace change, our labour markets must adapt, as they always do.

Regardless of where NAFTA lands, the United States and Canada will continue to be primary trading partners; thirty-two U.S. states currently count Canada as their biggest export market. But, for the future of Canadian businesses and consumers, it's also incumbent on the federal government to remain focused on diversifying Canadian trade. We urge it to continue prioritizing free-trade talks with our largest export markets, such as China, India and the Trans-Pacific Partnership countries. Freer access to new customers, which such agreements bring, will strongly benefit the economy, workers, consumers and society in general, both for us and for our trading partners. Arguably, consumers realize the biggest benefits of all, due to much wider choice and better affordability of a wide variety of products and services.

When we consider the current political environment, we should be concerned (but perhaps not surprised) at the push for more protectionist trade policies. In such an environment, it's incumbent on those who support liberalized trade to speak out and to demonstrate its benefits in a way that refutes these populist sentiments. This responsibility to play a part is particularly important for both Canadian and U.S. businesses which have seen the benefits first-hand. As a major Canada-U.S., cross-border bank, BMO is committed to playing its part. 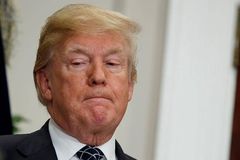 Opinion
Then, as now, preserving NAFTA is all about playing defence 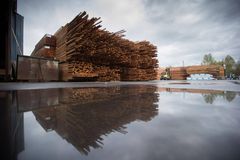 Opinion
Look out, Canada: Trump may be about to get serious about protectionism Subscriber content 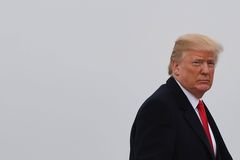