The tremendous fines paid by the banks for flogging dud mortgages to investors brings to mind the droll quip –"A billion here, a billion there, and pretty soon you're talking real money"–attributed to the long-dead U.S. senator Everett Dirksen.

The fines are tallying up to tens of billions here, tens of billions there. In August, the U.S. Justice Department squeezed about $16-billion (U.S.) from Bank of America, the lender that bought Countrywide Financial, the villain of the subprime mortgage disaster that almost destroyed the global financial system. For similar mortgage-related sins, JPMorgan Chase paid a $13-billion penalty, Citigroup $7-billion. Fines for other transgressions paid by other banks such as HSBC (to fend off money-laundering charges) and BNP Paribas (for violating U.S. sanctions) have brought the grand total to more than $100-billion since 2007, with more to come. That's real money.

Devastating news for the banks and their bosses, right? On the contrary, it seems to have been money well spent. The banks are still in business. No top-tier bank executive has gone to prison or even been criminally charged. Executives at BNP were the only ones who may have come close. In June, the bank itself–not any executive–pleaded guilty to criminal charges of violating sanctions imposed against Sudan, Iran and Cuba. It paid a penalty of $8.9-billion and quietly pushed a few suits out the door.

Even better, the executives who oversaw or ignored criminal activities did not have to reach into their own pockets to pay the fines; it was the shareholders who stumped up. The deterrent value can only be negligible.

There was a time, back before the financial crisis, when the worst of the offending executives were criminally charged and hauled away in handcuffs in front of adoring TV cameras. In 2005, Bernie Ebbers, the Alberta-born former WorldCom CEO, was sentenced to 25 years in prison for what was then the biggest accounting fraud in history. About the same time, an insider trading scandal landed Martha Stewart in the clink.

Few corporate bosses or companies have faced criminal charges since then. The outcome of the Arthur Andersen case appears to have spooked federal prosecutors. In 2002, the Big Five accounting firm was convicted of obstruction of justice for shredding documents in the Enron case. The firm was unable to survive the damage to its reputation and some 85,000 domestic and overseas employees eventually lost their jobs (the conviction was overturned in 2005, but by then it was too late). The failure of a big bank thanks to criminal convictions was apparently too gruesome a scenario to contemplate–and anyone who doubted that only had to wait to see the devastation triggered by the Lehman Bros. collapse.

Prosecutors are also terrified of losing cases. Far better to threaten criminal convictions against banks and their executives and announce monster settlements that cost shareholders billions. The bad guys, at worst, lose their jobs and pad off to the golf course, bonuses and pensions intact. Earlier this year, U.S. Attorney General Eric Holder said that no financial institution–meaning their executives–was "too big to jail." So far, it's been a hollow threat. If BNP executives were not jailed for doing business with a genocidal regime in Sudan, what crime would land a banker behind bars?

In theory, collective punishment would work if shareholders were to become so enraged by huge fines that they would grab pitchforks and torches and storm the banks' ramparts. Instead, they have treated the fines as a cost of doing business. In some cases, the wrongdoer's share price actually went up when a settlement was announced (because the punishment could have been worse). The Bank of America settlement did not prevent the bank from raising its dividend. Meanwhile, bad behaviour by banks has barely slowed, as the London interbank offered rate (LIBOR) scandal showed.

You could also argue that whacking shareholders who did not commit the crime is immoral. But I, for one, do not feel sorry for them. The stock market in general and banks in particular have always been gambling casinos (even the term "blue chip" is derived from a gambling term–the blue-chip counter used in casinos). Big risks often translate into big profits at banks. Most bank shareholders are selfish enough, and risk-tolerant enough, to demand that banks take these big risks. When those bets blow up in a criminal fashion, and fines are paid, shareholders apparently write them off as a sort of transaction tax.

If shareholders alone continue to pay the price for the banks' criminal behaviour, executives who are either aware of, or responsible for, that behaviour have little incentive to operate morally. Until the settlements hold individuals to account, banks will never truly clean up their acts. Pour décourager les autres, there's nothing like 25 years in the slammer. 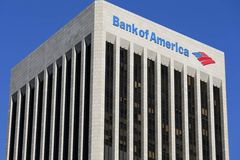