Call it what you want—payola, baksheesh or bribe—it's how business is done in much of the world. To win government contracts for highways, helicopters or other big-ticket items, certain favours are offered. The buyoff could be a lavish party or political donation for the prime minister of a republic you couldn't find on the map, or maybe a small fortune wired to a numbered bank account.

There is ample evidence that the size and frequency of bribes is on the rise, despite anti-corruption laws in many wealthy countries. A 2010 Ernst & Young report noted that a bribe worth 5% of a contract's value was the going rate in the 1980s. Now, 20% is common. Until recently, bribes paid in some parts of the developing world were tolerated, and even encouraged—they could be used as tax deductions in the home countries of many international corporate giants.

If you buy the theory that everyone is doing it, you might even feel sorry for the companies that get caught making apparently efficient use of shareholders' funds to win contracts. Why go through a clean and open competition to win over the honourable dictator when, say, $20 million deposited in the Cayman Islands branch of Laundromat Bank would eliminate the political risk.

SNC-Lavalin, the Quebec engineering and construction giant, is one company you might feel sorry for. Earlier this year, SNC sent its CEO, Pierre Duhaime, and its Tunisian-born global construction chief, Riadh Ben Aïssa, into early retirement. SNC alleged that Ben Aïssa—who was arrested in Switzerland in April over accusations of corruption, fraud and money laundering—made $56 million in payments to help win contracts in North Africa. Some of those payments, which were made to unnamed commercial agents, were apparently authorized by Duhaime.

SNC's board of directors launched an investigation that could go nowhere, or find evidence of corruption in the company's overseas construction division. A raid of SNC's offices in Montreal in April by the RCMP suggests that charges under the Corruption of Foreign Public Officials Act are possible.

Several other high-profile corruption cases have made international headlines recently. On April 23, Wal-Mart shares fell by almost 5% after The New York Times reported that the big-box retailer had paid some $24 million (U.S.) in bribes to get building permits in Mexico. In Italy, Giuseppe Orsi, CEO of aerospace and defence giant Finmeccanica, is under investigation for allegedly paying €51 million to a Swiss businessman to help the company flog military helicopters to India.

Has any country been effective at cracking down on bribery? Yes: the United States. Under the tough Foreign Corrupt Practices Act, passed in 1977, heavyweights that have included Germany's Siemens, Britain's BAE Systems and France's Alcatel-Lucent have paid a total of more than $3 billion (U.S.) to settle alleged bribery cases in recent years. Siemens, Europe's largest electrical engineering company, was accused of doling out $1.4 billion (U.S.) in sweeteners between 2001 and 2007.

Yet, in all likelihood, the companies snared by authorities are only a tiny fraction of the global bribery bonanza. You could argue that the legislation on the books in OECD countries is, at best, next to useless and, at worst, counterproductive, because it gives an unfair advantage to the countries that have no such laws, or that rarely enforce them.

So should the OECD give up and declare a bribery free-for-all? Not if it wants to help developing countries. Bribes do a lot of economic damage to emerging economies—they act as a tax on investment and a barrier to entry. In 2010, three U.K.-based economists (Nauro Campos, Saul Estrin and Eugenio Proto) published a study of 98 companies that operate in Brazil. They concluded that corruption ranked as the biggest barrier to entry into new markets, ahead of factors such as tax rates and unskilled labour.

OECD nations should enforce and upgrade anti-bribery laws. Countries that lack them should get in the game (Britain did not pass an anti-bribery act worthy of the name until 2010). The United States is the model; most of the other 33 OECD nations have conducted no bribery prosecutions.

For a country that markets itself globally as a beacon of morality, Canada's record is pathetic. Since the Canadian anti-bribery law came into effect in 1999—more than 20 years after the U.S. version—a grand total of two convictions have been registered. The first was ridiculous, resulting in a token fine for a small Alberta pipeline maintenance company that allegedly bribed a U.S. border official. The second, against Niko Resources last year, resulted in a $9.5-million fine, but no charges against any Niko employees.

If companies like SNC are to thrive overseas, the anti-bribery laws should be enforced. Bribery will never disappear, but if the playing field is levelled, legitimate competition for projects will return and the best bids will win. 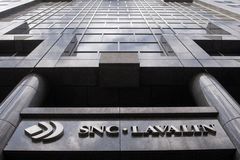