LOS ANGELES | Gundlach, 57, might be based in L.A., where his Doubleline Capital oversees $104 billion (U.S.) in assets. Even so, he's the reigning bond king on Wall Street. Gundlach runs Doubleline's top-performing Total Return Bond Fund, as well as the go-anywhere CIBC Renaissance Flexible Yield Fund, launched in Canada last year. He is known not only for outpacing indexes but also for making bold and contrarian calls. He predicted the subprime mortgage crisis, last year's rise in U.S. interest rates and Donald Trump's presidential victory. We spoke to him about what a Trump win means for the market and which sectors will lead in the coming year.

SHIRLEY WON
Special to The Globe and Mail
Published January 26, 2017

Bonds are not as sexy as stocks. How did you find your calling?

I got into the bond business by accident. I studied math and philosophy at Dartmouth, and I was playing drums in a rock band, but it didn't pay. I found out that investment banking was a potentially high-paying profession. Because I had phenomenally good grades, I got hired by TCW in 1985. I did not know what bonds were, but within eight months, I was managing $300 million for a corporate pension plan. During a keynote speech at Morningstar's conference in 2007, I blurted out that "subprime is a total disaster, and it's going to get worse." I could not have been more right.

You predicted a Trump victory a year ago. What does it mean for the market?

It's typical for the stock market to go up until the inauguration and then fall. It happened with Ronald Reagan, too. I think we will see something similar—it will have a pullback, at a minimum. There will be an attempt to build infrastructure and borrow a lot of money to do it. There will be potential for a pick-up in growth, an increase in interest rates, which has already happened, and potential for inflation.

Financials, industrials and materials have done very well, and my guess is that they will be weak shorter-term because they have moved so much. But I do think that they have begun a performance bull-market relative to sectors like technology and social media. Leadership of the market changed with the election. It was the FANG stocks—Facebook, Amazon, Netflix and Alphabet—but not any more.

It is quite possible that we see the 10-year Treasury go up to 3% during 2017. That would be a tipping point for the economy and stock market. That has to impact the housing market in a negative fashion. Also, you start to get real competition for the stock market…I also think we could quite likely see 6% [for the 10-year] in four or five years.

What is your best and worst investment, either personally or in funds?

My best trade was when I sold my Société Générale stock at the top in 2007, before it went down 95%. A lot of my net worth was in that stock. I bought some modern art with the proceeds. My worst was in 1987, when I was long the bond market. I started to rely on hope that the market would get me to a better level to liquidate my position in Treasuries. I learned never to rely on hope.

Do you have a favourite investment book?

It's Reminiscences of a Stock Operator, based on the life of Jesse Livermore, an early 20th-century speculator. It was written in a different time, but it's also about today. Human nature doesn't seem to change, and being successful in investing is to understand human nature. 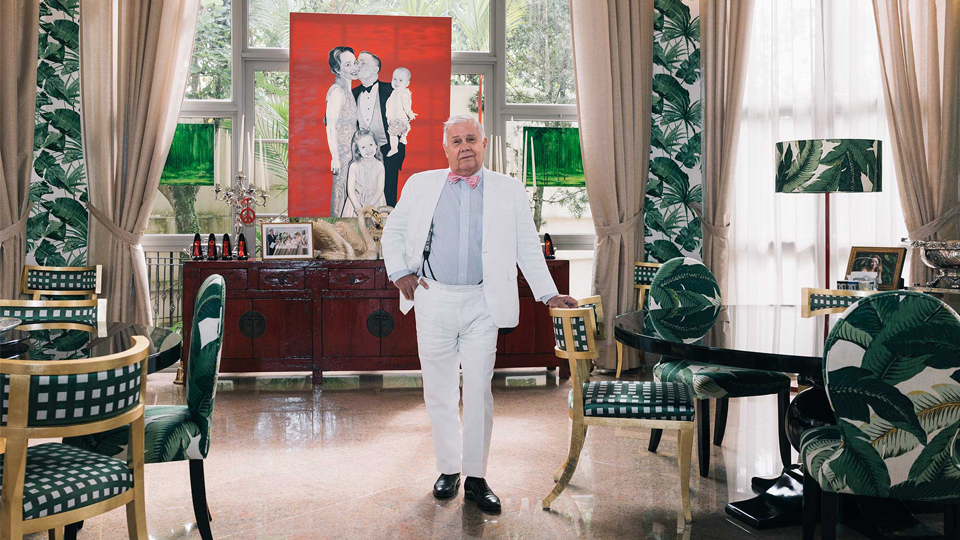