Indeed, the automobile, the essential tool of Dude-dom, is going the way of the horse-drawn carriage, at least for young people. They, increasingly, are not bothering to get driving licences. Those with licences are doing less wheel time. Cars are not as cool, convenient or affordable as they used to be.

Baby boomers did everything and went everywhere in cars. Not so the Gen X and Gen Y crowds. They would rather spend their time on Facebook than fight the freeway traffic to see a buddy. They'd prefer to unleash their meagre incomes on iPhones, Lululemon and Starbucks than on car parking, maintenance and insurance. In some parts of North America, auto insurance for 18-year-old males costs about the same as a year of community college tuition.

According to the U.S. Department of Transportation, just 28% of 16-year-olds and 45% of 17-year-olds had driver's licences in 2010 (the most recent data available). In 1978, the corresponding figures were nearly half and more than two-thirds. A trend is in place, evidently. This past spring, the U.S. Federal Highway Administration (FHA) reported that the proportion of 14- to 34-year-olds without licences rose to 26% in 2010 from 21% in 2000. Research done by the Frontier Group and the U.S. PIRG Education Fund found that the use of public transportation by Americans between the ages of 16 and 34 climbed by 40% between 2001 and 2009.

Similar trends are in place in Canada, Australia, Europe and Japan. The Japanese call it "demotorization." Cars used to be status symbols. Now, they're becoming unaffordable burdens.

When the FHA data came out, journalists and analysts quickly seized on the implications for the automakers. It was apparent that more than a century of garage-stuffing auto industry growth had come to an end, at least in the developed world (not in the developing world, where car use is in overdrive, proving that the West's worst mistakes were not so atrocious they could not be emulated). To keep young people from disappearing from the showrooms, the automakers will have to create small, cheap, highly fuel-efficient cars—rolling iPads—that would make Dad's Ford Explorer look like something unearthed in Drumheller.

But the driverless trend has so many other implications. If it continues in earnest, urban geography and urban economics will have to be entirely redrawn. Everyone from property developers to municipal governments will have to shred their old playbooks. What has worked since the end of the Second World War is starting to look quaint.

Urban municipal planning used to be a thing of simplistic beauty. Build the roads and highways to nowhere and they will come. Suburbia was invented for the car, and the sprawl nurtured an economy based on malls and identikit housing filled with Ikea, Walmart and Home Depot junk, with nary a public bus or tram in sight. The car became the indispensable tool. For most of suburban North America, leaving the house meant a quick jaunt to the driveway, minivan keys in hand.

But reinventing Jacobs's cherished, high-density, multiuse neighbourhoods—her "sidewalk ballet," where the butcher and baker work and live next to the teacher and tailor—won't be easy. Many big- and medium-sized North American cities are ringed by vampire malls that have sucked the lifeblood out of downtowns. Public transportation systems are wholly inadequate, and strained or shattered city budgets mean that new systems will take decades to go from dream to reality. Urban densities are too low and streets too empty. With few exceptions, the car still rules in cities, proving that Jacobs (who died in Toronto in 2006) was onto something when she concluded, cynically, that the apparent purpose of life "is to produce and consume automobiles."

I have a theory that the model city of the future is not Toronto, Austin or London. It is central Bologna or Venice, where the car is either non-existent or scarce. There is a reason tourists flock to tiny Venice by the millions: It is to be in a city where streets are for people, not cars, where you can talk without being overwhelmed by the din of engines, and where you can buy life's essentials within a 10-minute walk.

Reinventing cities to appeal to a new generation that no longer associates cars with freedom and convenience may not come quickly, but it will come and will provide exciting job opportunities along the way. For some 50 years, sprawling suburbs fuelled North America's growth. Rebuilding and revitalizing cities could have the same economic effect. 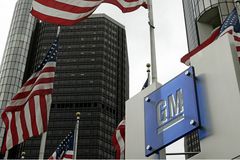 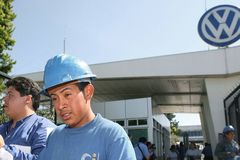