It wasn't so long ago that the last thing on a U.S. realtor's mind was attempting to divine the motivations of potential Canadian buyers. But times have changed, as this excerpt from one real estate investing website reveals: "Canada is a busy city where people lead a rough life trying to be the fittest. There is always a continuous race for power and money. Relaxing in Canada is almost impossible. To run away from the busy and competitive life, people usually opt to go abroad, especially to a sunny place."

Can't argue with that—but why the effort to understand a people from such a cold and faraway, er, city? Well, the answer should be obvious: Last May, 20% of Canadians responding to a Leger Marketing survey said they were interested in buying U.S. real estate, and increasingly they're translating their interest into action. According to the National Association of Realtors, non-residents of the United States accounted for some $41 billion (all currency in U.S. dollars) of real estate purchases in 2010, and as of late 2011, 23% of all international sales were to Canadians, up from just 11% as recently as 2007. The action is mostly focused on the Sunbelt, with Florida still the most popular destination for international purchasers, accounting for 31% of sales; next in order were the southwestern states of California, Arizona and Texas. In fact, in Arizona, Canadians recently supplanted Californians as the leading out-of-state buyers.

For both snowbirds and investors, Arizona does indeed reign as the Southwest's real-estate hot spot—a descriptor that takes on added meaning during the eight months of the year when temperatures in the desert often exceed 40 C. The bazaar-like and even bizarre quality of the current market is nowhere more apparent than at Maricopa County's daily foreclosure auctions—carried on before a crowd clad in shorts and flip-flops on the courthouse steps—where more than 1,000 homes are sold every month. Almost 60% of homes sold in Phoenix and surrounding Maricopa County are distress sales of one kind or another, although the percentage has lately been creeping downward as prices nudge the other way. The median selling price on MLS appears to have bottomed out last summer at $112,000, and had inched up to $119,000 by November. "In May and June, I was making below-list offers," says Wendy Fedoruk, a Calgary-based investor, consultant and broker whose US Property 101 Real Estate Consulting Services has worked on about 60 transactions, mostly foreclosures and short sales (in which distressed homeowners receive bank approval to sell for less than the money owing on their mortgage in order to mitigate damage to their credit rating). "Now the banks are asking for an extra $8, $10, $12,000."

Nevertheless, prices still appear almost absurdly low, and returns can be high. About 75% of Canadian buyers in Arizona are snowbirds, who typically pick up homes selling for $200,000 or more in better neighbourhoods and resort areas, says Fedoruk. The investor-oriented deals she looks for are mostly rental properties in cookie-cutter suburbs such as Phoenix's East Valley and West Valley. These are priced between $60,000 (for about 1,300 square feet) and $90,000 (for about 2,000 square feet), and rent for $800 to $1,000 per month. Typical returns begin around 9% in the first year and increase to 12% or more in subsequent years, once expenses are factored in. Canadian buyers are able to finance about 70% of the purchase price from either banks or private lenders, and often use home equity lines of credit for the down payment to "generate cash flow with almost 100% leverage," says Fedoruk.

There's some risk involved, of course. Fedoruk finds herself cautioning young investors that houses sometimes need repairs or sit empty. Still, although Phoenix has a rental vacancy rate of about 8%, finding renters is rarely a problem, she says, since the boom city's population appears to be rising again and a river of foreclosed-upon homeowners is flowing into the rental pool. Not surprisingly, the investor market is brisk, with the best deals now going almost instantly. In fact, for homes priced under $200,000, inventory has dropped to about three months of listings at the current sales pace, compared to the five or six months that is considered a balanced market. By contrast, both sales and prices are softer for the kind of recreational and retirement homes that most snowbirds are looking for.

There is Sun City—the world's first dedicated retirement community is, in fact, located in Maricopa County—and then there is Sin City. In many ways, Phoenix was the poster child for the U.S. housing crash, with a peak-to-valley price drop of 56% that by mid-2011 had returned values to 1999 levels, according to the Case-Shiller Index, which measures same-property resales. But there were even bigger eyes and even sadder faces in Las Vegas, where a plunge exceeding 60% transported prices all the way back to 1997.

Through his Canada Real Estate Investors Club, Calgary-based broker and consultant Mike Wolf buys and sells distressed homes in several states but concentrates most of his activity in Las Vegas, believing that such Sunbelt spots stand to bounce back both sooner and higher than their Rustbelt counterparts, where prices are even cheaper. "It wasn't an accident that Phoenix and Las Vegas had a bubble," he says. "People want to live there." After all, he points out, the weather is good and the cost of living is low. Nevada has a business-friendly climate, with no state income tax. "You can buy a house here and have a good life just working at McDonald's," he says.

The purchase price and rental-income numbers that Wolf cites for Las Vegas are similar to Fedoruk's for Phoenix, but in some ways Las Vegas requires a more careful eye. He divides the city into A, B, C and D areas. Snowbirds should concentrate on only "A" and "B" areas, he says, while investors can go for "B" and "C," which run from tidy middle-class neighbourhoods to gnarlier areas where most homes are rentals but safety isn't a significant issue. He thinks that no one should consider buying in the "D" areas, which are a lot riskier than otherwise comparable Canadian neighbourhoods.

Wolf also picks up properties in Texas from time to time, even though most of the state avoided the extremes of both bubble and bust. He likes the potential returns in Houston and Dallas, particularly for apartment buildings, as well as Austin, San Antonio and the coastal areas. But prices in Texas are higher than in places like Phoenix and Las Vegas, and steep property taxes steer many potential buyers away from the Lone Star state altogether.

California, too, remains a mecca for Canadian snowbirds, although with caveats. In the resort town of Palm Springs, for example, the local real estate board does not track international purchasers, but realtor Claudine Messika believes her experience is not atypical: Of 26 sales in 2011, 13 were to Canadians. Vancouverites remain the most enthusiastic acquirers in their traditional wintering grounds, she says, but their numbers are being augmented by growing numbers of Calgarians and even Torontonians. As of December, Messika had more than 100 potential Canadian buyers lined up for wintertime home viewings in a market that seems to have turned the corner.

Yet much of the rest of California remains in a real estate funk. Just west of Palm Springs is the still-benighted Inland Empire, where orange groves long ago gave way to the never-ending sprawl of Los Angeles; there, in the golf course-rich town of Beaumont (which developers at one time imagined as a snowbird alternative), the mean selling price sat at $177,000 in late 2011, compared to $190,000 a year earlier and $405,000 in 2006. In San Diego, December's median price of $301,000 was 7% below year-ago levels. Proportionate to population, stateside sales to international buyers are only one-third the level of Arizona and Nevada.

For many investors, California prices are still too high, according to Mike Wolf. Plus there's the uncertain political and economic climate of a state on the verge of bankruptcy—further complicated by California's state withholding tax of 3 1/ 2% on sales to foreign nationals on top of the federal withholding tax present in other states.

Still, Canadian buyers are there, as they are across the Sunbelt, kicking the real estate tires. Even among her mostly snowbird shoppers, Claudine Messika says that "100%" are looking for a sound investment. So, is their timing right, or could prices go even lower? Most experts predict several more years of fits and starts before the U.S. real estate situation sorts itself out. But as places like Phoenix and Palm Springs appear to illustrate, in at least some markets the bottom has probably been reached. And more and more Canadians—notoriously stuck in that "continuous race for power and money"—are banking on it.

Three ways to capitalize on a sluggish housing market
November 17, 2010 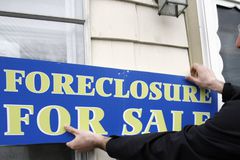