Rogers Communications Inc.'s big-ticket deal with the National Hockey League is a significant blow to the channel that has long ruled Canadian sports programming: The Sports Network.

TSN, which is majority owned by BCE Inc.'s Bell Media unit, loses the right to nationally broadcast about 70 National Hockey League games a season. While it will continue to air some coverage of NHL hockey in Toronto, Montreal and Winnipeg, the loss of national rights could mean a drop in ad revenue and subscriber fees paid by cable companies.

TSN is the country's most-watched cable specialty channel; gaining access to it was one of the primary reasons Bell bought CTV Inc. for $1.3-billion in 2010. While CTV broadcasts the Super Bowl, TSN covers curling, all the big tennis tournaments and the Canadian Football League. TSN brings in about $375-million a year in revenue and has nine million subscribers, according to the broadcast regulator. Its French-language counterpart, RDS, contributes an additional $170-million in revenue.

Sources said Bell made a serious play for the rights package, but could not top Rogers' offer, which amounts to an average of $433-million a year over 12 years. "We submitted a bid we believed was valuable for the NHL and appropriate for our business, but were ultimately outbid," Bell Media spokesman Scott Henderson said.

Most of BCE's $20-billion in annual revenue comes from its cable and wireless divisions. Bell Media, which includes TSN, contributes just $2-billion to the parent's total. Equity analysts who cover the sector said the NHL deal was immaterial to both Rogers and BCE, given the small revenue figures involved. (Total annual revenue for Sportsnet and Sportsnet One is about $300-million.)

However, sports plays an important role in attracting and retaining cable and wireless subscribers, as it's the only broadcast category that viewers prefer to watch live. "Hockey is the No. 1 sport in Canada. It's the No. 1 broadcast sport," said Marc Ganis, president of Sportscorp Ltd., a consulting firm in Chicago. "Losing hockey on a national basis is a big loss for [TSN] and huge move up for Rogers Sportsnet."

Not only do sports broadcasts bring strong viewership ratings and ad revenue, but sports fans' appetites for content are ravenous, said Gord Hendren of Charlton Strategic Research Inc. They watch games live, get updates on their smartphones and go online for highlights. Rogers' 12-year NHL contract gives it a package of NHL content across multiple platforms – television, online and mobile, he said.

"As media becomes more fragmented, that creates a very compelling marketing story to corporate sponsors and advertisers," he said.

Mr. Hendren called the $5.2-billion paid by Rogers "bold," but said over time it will look less expensive as companies find ways to combine broadcast and digital offerings to build profits and customer loyalty.

Canaccord Genuity analyst Dvai Ghose said he was surprised that Bell Media is not in on the deal, given Bell's 37.5-per-cent ownership of MLSE, which owns the Toronto Maple Leafs. But he played down the negative effects on BCE, noting TSN retains the right to broadcast 25 to 30 Toronto Maple Leafs games, 60 Winnipeg Jets games and 75 per cent of Montreal Canadiens games.

Rogers' splashy NHL deal is barely a ripple in sector Subscriber content
May 11, 2018 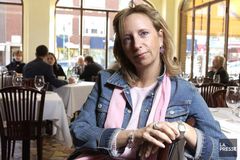