Sherritt International Corp. is joining a flurry of miners that are buying themselves time in a tough commodities market by restructuring their debt.

The Toronto-based company said on Tuesday that it plans to push back the maturity date on $720-million in unsecured debentures by three years. The extension would provide breathing room for the money-losing nickel producer as it waits for prices to recover. "Upon completion of the extension, there will be no maturities until November, 2021," David Pathe, Sherritt chief executive, said in a statement.

The move underscores miners' need to carefully manage cash as the vicious downturn in base metal prices that began in 2011 slogs onward. In recent days, both First Quantum Minerals Ltd. and Teck Resources Ltd. have announced their own moves designed to ensure liquidity and push out debt maturities.

In Sherritt's case, the focus is on three series of notes that are due in 2018, 2020 and 2022. Under the company's proposal, the maturity date for each series would be extended by three years.

The miner said it has already signed up 44 per cent of debt holders for the proposed extension and is confident it will win enough support to meet the two-thirds level required for approval of the deal.

Debt holders who agree to the extension have a choice of either taking a cash payment equal to 2 per cent of the principal amount of their notes, or accepting warrants that will allow them to buy a set amount of Sherritt stock at the recent price of 74 cents a share.

Mr. Pathe said about half of the debt holders that have been contacted to date have chosen the stock warrants. He sees that as an encouraging sign of investors' confidence in the long-term potential of Sherritt.

The miner has been plagued in recent years by low nickel prices, as well as by the huge cost of helping to develop the Ambatovy joint venture in Madagascar.

Today, Sherritt owns 40 per cent of Ambatovy and continues to operate the nickel and cobalt project. However, the Canadian company will collect only 12 per cent of any distributable cash flows from the project until it repays certain debts to its partners. The company's fortunes rest on a recovery in nickel prices. The metal, which surged above $45,000 (U.S.) a tonne in 2007, now changes hands for about $8,400 a tonne.

More than 60 per cent of nickel producers are losing money on a cash basis, Mr. Pathe said, which suggests that prices have to eventually move higher to reflect the cost of production. The debt restructuring is intended to give Sherritt time to benefit from the inevitable bounce back, he said.

"People have confidence that commodity prices will one day be higher than today, but nobody can say exactly when that will happen, so they all saw the value in ensuring that we have time for plans to come to fruition," Mr. Pathe said in an interview.

Fraser Phillips of RBC Capital Markets said in a note that the extension of debt maturities would be positive. "We believe the extension, if fully executed, would provide some breathing room for Sherritt," he wrote.

Other miners are also playing for time as they wait for projects to be completed and metal prices to recover.

First Quantum, a copper and gold miner, announced last week that it had replaced its old $3-billion (Canadian) term loan and revolving debt facility with a new $1.815-billion agreement. The benefit of the deal is that it pushes out the term loan payments from the second half of this year to the second half of next year, Mr. Phillips wrote in a note. Teck, which mines coal, copper and zinc, also announced its own debt shuffle last week. It will sell $1.25-billion (U.S.) in a debt offering of senior notes that will mature in 2021 and 2024. The company will use the bulk of the proceeds to buy back $1-billion of its own notes maturing between 2017 and 2019 in a move designed to push out its debt maturities. 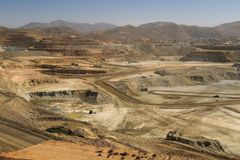 Penn West’s woes: The debt drama by the numbers
Subscriber content
May 16, 2016 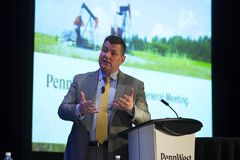