Shoppers Drug Mart has lined up a third cannabis supply agreement as part of its ambition to dispense the drug amid what experts say is increasing support among pharmacists to distribute medical pot and expectations that the regulatory framework needed will come to fruition.

A spokesman for Loblaw Companies Ltd., Shoppers' parent company, said it could not speculate on if, or when, it will be approved. Loblaw first applied for a licence in 2016.

Current Health Canada regulations stipulate that the only legal way to distribute medical marijuana is through online orders shipped through the mail.

That has been the system since the new commercial-scale medical marijuana system was rolled out in 2014.

However, proposed new regulations suggest options to control the sale of marijuana could include pharmacy distribution.

As the government looks critically at marijuana policy ahead of a summer target to make recreational marijuana sales legal, Shoppers appears confident changes will also be made to medical regulations.

"As the federal and provincial governments finalize their respective cannabis frameworks, we remain optimistic that they will allow pharmacists in stores, in communities to apply their professional care to medical cannabis patients," said Loblaw spokesman Kevin Groh in a statement.

Shoppers could create an online hub for various licensed producers, but if policies change, it could also distribute in store through its network of pharmacies, enabling it to reach even more consumers.

The pharmacy industry has been laying the groundwork and with big changes coming to the recreational side, it will be easier to make changes to the medical policies as well — particularly for pharmacies that have long handled controlled substances, according to Vahan Ajamian, an analyst with Beacon Securities.

"It's obvious that the pharmacies are lobbying, they're pushing ahead. They want to make money distributing this."

Pharmacists are also throwing their support behind selling pot.

Two Quebec groups representing the industry called on the province this week to allow pharmacists to distribute marijuana and the Canadian Pharmacists Association has also said pharmacies should play a leading role in the distribution of medical marijuana.

Allowing for pharmacy distribution will not only broaden access to medical marijuana for patients and increase the potential for insurance to cover costs, but also reduce the stigma, he added.

A spokesman for Health Canada said that enabling cannabis for medical purposes to be sold in pharmacies would require support from the provinces and territories, provincial regulatory authorities and pharmacists.

Health Canada said recently in a consultation paper outlining its proposed regulations that it intends to work with the provinces and territories and the National Association of Pharmacy Regulatory Authorities on options to control the sale and display of cannabis to youth, which could include "controlling them behind the counter at pharmacies." Public consultation on Health Canada's proposal ends Jan. 20.

"Health Canada is open to discussing other models of distribution, including pharmacy distribution, to enhance access to cannabis for medical purposes," the government agency said in an emailed statement Friday.

"The implementation of the proposed Cannabis Act, if approved by Parliament, will improve the range of options available to many patients and individuals to access cannabis."

Meanwhile, other pharmacies have also been lining up supply agreements with licensed producers, including deals between Maricann Group Inc. and Lovell Drugs Limited and CanniMed Therapeutics and PharmaChoice. These deals come amid concern that there will not be enough cannabis to meet demand when recreational use is legal this summer.

The chief executive of Jean Coutu, one of the country's largest pharmacy chains, has said he is open to selling medical marijuana but would not lobby the federal government to do so. 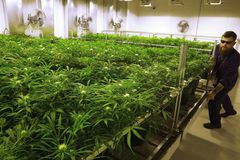 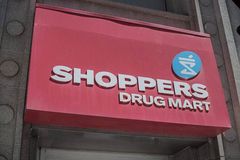 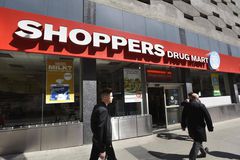