Drones have long been used for military purposes, but Nova Scotia-based start-up Sky Squirrel Technologies Inc. has found a more peaceful use for the technology.

Sky Squirrel deploys small drones equipped with infrared cameras to cruise the skies over vineyards, sending back images that help growers monitor for moisture level, disease, rot, insect damage and general crop health – all things that contribute to the quality of the grapes and the resulting wine.

In the past, farmers would have had to walk their fields, taking samples back to send off to the lab. "If you have hundreds of acres, that is just not feasible," says Richard van der Put, the Swiss-born co-founder and chief technology officer for Sky Squirrel.

In comparison, the company's drone technology takes as many as 500 images during a single flight. "Our clients send the images to us via the cloud and we combine them into a map," says van der Put. "Then we use a specialized image algorithm that allows us to assess crop health." With the help of GPS positioning on their mobile devices, farmers, "can see where they are currently in the field and correlate that with the analysis" to pinpoint areas of concern, van der Put says.

The result: One client managed to reduce his water usage by a third. And the system has proven 97 per cent effective at detecting diseases like Flavesence Dorée – which mainly affects European vineyards. It also picks up leafroll – a disease that can devastate vineyards, wiping out 30 to 50 per cent of the crop.

Just six months into its first year of sales, Sky Squirrel had already achieved its one-year revenue target of $150,000, with clients in Chile, France, Spain, Romania, Switzerland and Canada.

And it is just one of the many Canadian tech companies that have taken a bead on the agricultural market, according to Doug Knox, vice-president of technology for Bioenterprise Corp., a non-profit business accelerator that specializes in agricultural technology. "The large corporate farm is here to stay," says Knox. "And technology will increasingly be a driving force in terms of greater efficiency and production."

Sky Squirrel overcame that barrier by targeting a specific niche (vineyards), with the intention of building out its solution to cover other crops in future. Similarly Resson Aerospace of Fredericton has teamed up with McCain foods to use drone technology to collect information that can help farmers reduce spraying and increase yields in potato fields.

Other companies have focused on technology with a wider application. Manitoba-based Farmers Edge Precision Consulting Inc. got its start in founder Wade Barnes's basement 10 years ago with a general focus on precision agriculture and agronomics – basically using comprehensive data to boost farmers' yields and lower their fertilizer usage. The company uses satellite images to identify where to plant, how much fertilizer to use and when and how much to irrigate – allowing farmers to increase yields and lower fertilizer and water usage (hence costs).

By 2014, it had been named one of Canada's Fastest Growing Companies by Profit magazine and had received a significant equity investment by blue-chip Silicon Valley venture capital firm Kleiner Perkins Caufield & Byers (KPCB).

Food safety is another area of agriculture ripe for innovation, says Knox. He points to the "geofencing" software developed by Guelph-based startup Be Seen Be Safe with the goal of preventing the spread of diseases such as avian influenza (bird flu) and porcine epidemic virus from farm to farm.

Anyone with the Be Seen Be Safe app on their smartphone or tablet automatically triggers a signal the moment they enter a geofenced property. "When there's a disease outbreak, we can basically hit a button and have it automatically show us where the people who've been on the potentially infectious farm came from and where they went," says the company's president and CEO Tim Nelson.

Mississauga, Ont.-based AbCelex Technologies Inc. has honed in on the burgeoning problem of antibiotic resistance in North America. Administering antibiotics to animals reduces food-borne pathogens that can cause illness, says president and CEO Saeid Babaei. But it also contributes to the prevalence of antibiotic-resistant infections in humans.

Babaei and his partner Dr. Ali Riazi – both molecular biologists with a string of degrees – founded AbCelex in 2010. Their aim: to modify a specific type of antibody found in the guts of camels to create an antibiotic-free additive for agricultural feed products or water capable of guarding against dangerous bacteria like Campylobacter and Salmonella.

The pair's research focused on ensuring the anti-microbial additive could withstand the heat generated during feed production, as well as the digestion process in a feed animal's gut. And it had to be cost-effective. Says Babaei: "People won't buy a chicken in the grocery store if the cost goes up from $7 to $20."

In 2014, AbCelex got a vote of confidence in the form of a $2-million in Series A financing from Cultivian Sandbox, a leading U.S. venture fund specializing in agriculture and food. The company is currently engaged in field trials and expects its feed additive to be on the market by 2017. "And that's a conservative estimate," says Babaei.

How Canadian startups are disrupting the auto industry
July 30, 2015 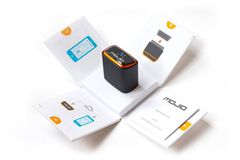