It's mid-afternoon on a cold winter day, but the Holstein and Jersey cows on Rachel Green's farm are contentedly snacking on hay inside a charming red barn as a puppy the colour of brown sugar plays nearby.

This is the farm of children's storybooks, a very different image from the crowded and disturbing factory farms depicted in recent documentaries and books on the food industry.

No chemical fertilizers or pesticides are used here. The cows are free to roam in the barn and get time outside each day. When warmer weather comes, they graze in the pasture. It's all part of an organic farming philosophy that focuses on environmental responsibility and animal welfare.

"I feel good doing something where I can provide a product to society where I know it's going to be a very beneficial product," Ms. Green says.

Her farm, along with 14 others in Ontario, produces organic milk for Harmony Organic, a firm started in 2001 by Lawrence Andres and his wife Mathilde, along with a minority partner. Their dream was to create an eco-friendly company, but it's also proved to be a moneymaker.

Sales at the "multi-million dollar company" are rising in the "double digits" each year, and its farmers produce some 6 million litres of organic milk annually, Mr. Andres says. Before the recent recession, revenue rose more than 30 per cent annually.

"The fan mail we receive is really, really heartwarming," Mr. Andres says. "Three quarters are about the animals and how happy people are that they live a good life.

"That makes it all worthwhile for me. Even if it wasn't that profitable, I would stick to it," Mr. Andres added.

Mr. Andres, whose farm is in Tiverton, Ont., first got into the organic dairy business when he moved from Switzerland to Canada in 1978. Although born in Canada, his family had moved to Europe when he was a young boy.

His interest in the environment was sparked by polluted air in his Swiss town from the chemical industry in Basel. He ended up pursuing agriculture studies even though he wasn't from a farming family. While organic farming was already "extremely advanced" at that time in Europe, it was just beginning in Canada.

When he came back, Mr. Andres started an organic dairy farm. "There were less than a handful of commercially viable [organic farming]operations" in Ontario, Mr. Andres recalls.

While he produced organic milk on his farm, consumers didn't know that's what it was. Milk was milk; there was no differentiation, Mr. Andres says. He started lobbying the Milk Marketing Board of Ontario in 1981 for the right to separately pool and sell organic milk. It took another 12 years to secure that approval.

In the 1990s, he joined a co-op of organic milk producers that later became Organic Meadow, a nationwide organic milk company. But Mr. Andres had a different vision and he ended up leaving in 2001.

Harmony Organic made its debut the same year. Mr. Andres decided to focus just on Ontario: he didn't want to leave a big environmental footprint by trucking milk across the country. He also felt firmly that the milk should come in glass bottles, both for the environment and the taste.

"There is absolutely no waste," he says.

Harmony Organic producers have strict guidelines, and Mr. Andres stresses it is all in the best interest of the animals. No chemical fertilizers or pesticides can be used on the farms; the cows need time outside each day and must eat organic feed. As well, complementary medicine such as homeopathy is generally used, but a farmer can turn to antibiotics to save an animal's life. Then the milk has to be dumped for 30 days until it can be added to the pool for consumers again.

Mr. Andres did end up having to make a few concessions. Harmony Organic eventually packaged its milk in cartons and plastic bags because consumers asked for it. As well, the company now ships its milk as far as Ottawa. Finally, he moved beyond whole milk into low-fat and flavoured varieties including chocolate and eggnog.

Organic milk is still very much a niche market: it makes up 1 per cent of the 2.4-billion litres of milk produced in Ontario each year, according to experts.

Smaller volume means higher prices. With the $2 refundable deposit for its glass bottles, Harmony Organic costs $5.69 in downtown Toronto for a litre of 3.8-per-cent fat milk. Four litres of conventional 2 per cent milk, in contrast, costs $4.69. Another explanation for the lower prices is that supermarkets use conventional milk as a loss leader to draw shoppers, says Robert Kuenzlen, Harmony Organic's director of marketing.

Competition is also growing in the organic market itself as big brands such as Loblaw PC and Natrel sell their own versions.

Mr. Andres isn't worried. He is satisfied with the company's current size, which allows him to control how the milk is produced, and he believes more consumers will switch to organic milk in the future.

"More and more people are starting to get motivated to do something that is meaningful and helpful to reduce the burden on the environment," he says. And besides, "the milk tastes great." 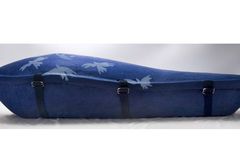 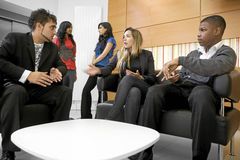