But as successful as Jump has been, co-owners Michael Bonacini and Peter Oliver have decided to take a calculated risk: they are about to close their popular eatery for a month for a million-dollar upgrade, including the installation of state-of-the-art audio visual equipment to better meet the needs of clients who book space for private business meetings.

"Today, everyone works from a laptop or a hand-held device or an iPad, and they want that instantaneous ability to be able to hook up to a large-screen TV or a drop-down projector and throw up their sales chart, for example, or their product launch. If you don't stay on the edge of that curve, you become yesterday's news pretty fast," says Mr. Bonacini, an executive chef who formed the business with Mr. Oliver, a former stockbroker and real estate entrepreneur, in 1993.

Restaurants, generally private businesses run by chefs, operate in a highly competitive environment and need to innovate not just in the kitchen but outside it, too, in order to survive, those in the industry say.

Oliver & Bonacini now operates 11 restaurants in and around the Toronto area and employs a staff of 1,200, including event co-ordinators who help manage private business functions – a growing market segment for the company.

"An essential ingredient of longevity in any business, particularly in the restaurant business, is that you have to keep going back and reinventing yourself ... but it's a very fine line you have to walk" – introducing change, while being careful not to lose the features that customers most value, Mr. Bonacini says.

For instance, steak has endured as a menu mainstay for the working-lunch crowd at Jump (although they can also order lamb vindaloo, the veggie rice bowl or pan-seared Lake Huron whitefish, among other offerings). And the expansive bar – renowned for its scotch, whisky, bourbon and martini list – will remain pretty much as is when the restaurant undergoes its renovation.

The company has revamped its internal corporate operations, as well, recently launching "an Intranet-based social platform ... where employees can log on to communicate with each other, communicate with the departments, the owners, the HR department," Mr. Bonacini says. "They can have their own blogs, they can talk about things they like about the company and things they don't like." It is an excellent forum for brainstorming and the generation of new ideas, he says.

John-Kurt Pliniussen, an associate professor specializing in sales, e-marketing and innovation at the Queen's School of Business, says "capturing ideas is an essential step in successful innovation."

This is particularly important in the "hyper-competitive restaurant business," where the failure rate is astronomically high, says Prof. Pliniussen, who adds that the creativity cannot be confined to the kitchen. "Innovation and doing better has to happen all along the continuum of doing business, from the product, to the service, to the marketing."

While business schools and political leaders tout the importance of innovation for Canada's long-term economic competitiveness and prosperity, Canadian firms in general are often reluctant to venture from the status quo – especially if they have been around for a while and enjoyed a measure of success, says Tyler Chamberlin, an assistant professor at the University of Ottawa's Telfer School of Management.

"If they have been successful with one approach, they are reluctant to change that," a common occurrence that Prof. Chamberlin describes as success breeding rigidity.

"Sometimes they are not entirely sure why they are successful. They are worried that changing this one element, or that one element might be disastrous, so, instead, they do nothing."

Cost can be a barrier for small- to mid-sized enterprises when it comes to technological advances or the introduction of new products and processes – "and a lot of owners are not prepared to make that kind of investment in their businesses, especially if there is no guarantee that it is going to work."

But being slow-footed comes with costs, as well. Both Prof. Pliniussen and Prof. Chamberlin cite Research In Motion's recent launch of its new BlackBerry smartphone as a move that was likely too little, too late – given the aggressive pace of product innovation by its competitors.

Fostering innovation in an established company used to the status quo need not be prohibitively expensive, but it does require openness to change, Prof. Pliniussen says.

Mr. Bonacini concedes that, until 10 or 12 years ago, "I wasn't that into HR, I didn't see it as an important part of the business." The "shoe dropped," he says, when one of his managers, a sommelier by training, made a convincing argument that providing professional development and career advancement opportunities would give Oliver & Bonacini a decided advantage in an industry plagued with high turnover. "Our industry is notorious for the out-of-work actor, the musician, the screen writer," Mr. Bonacini says.

Other times, it is the staff – not the owners – who are reluctant to change, Prof. Chamberlin says. "A lot of people, especially when it comes to their work and their jobs, are very frightened of change.

"You can't simply yell louder that they change. You have to meet them somewhere [in terms of persuading them of the potential benefits], and that's where the delicate part of management comes into play."

At Oliver & Bonacini, the owners do not have a monopoly on good ideas, Mr. Bonacini says, and they actively encourage suggestions from all 1,200 employees.

"We don't want to become just another food factory. That mental energy allows you to constantly be creating change.

"Not everything that we do will be 100-per-cent successful," Mr. Bonacini says. "But we're not afraid to throw things at the wall and see what sticks." 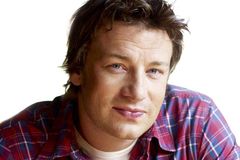