There’s a two-week window in cricket farming where the orchestra of sexually mature males, tens of thousands of them, rub their forewings together and create a deafening crescendo, filling GrowHop Cricket Products’ 1,200-square foot warehouse in Ottawa. The sound expands and contracts until Andrew Afelskie, the startup’s founder and self-proclaimed farmer-in-chief, saunters through the door.

“They all just go silent – I must feel like a god to them,” he says.

In time, the insects become accustomed to their master’s comings and goings as he moves the eggs he’s harvested in the nursery tent to the adult bins. After six to eight weeks, the bugs are dehydrated in an oven, ground into organic “flour” and packaged for resale at local farmer’s markets. The price is $20 for 150 grams and $50 for 500 grams. 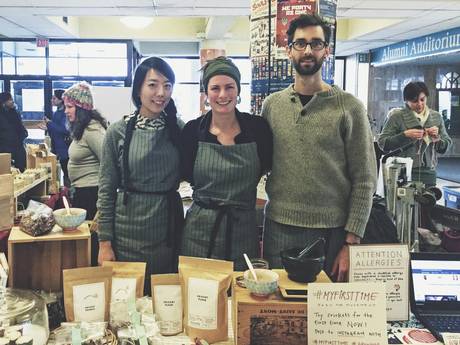 It has been this way since Mr. Afelskie started with a couple of Rubbermaid containers in his apartment in the fall of 2015. The entrepreneur, who previously worked on organic farms, credits the United Nations’ Food and Agriculture Organization’s landmark report calling insects a major player in the future of food with sparking his fascination in raising crickets.

“In North America, there are less than 10 food-grade cricket farms,” he says. “It seems like we’ve entered [the market] at the right time – the demand is already there, so we don’t have to worry about convincing people.” 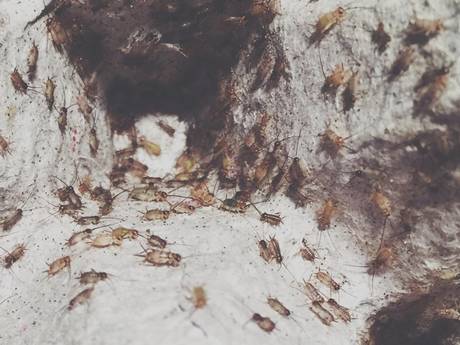 There’s money to be made, too, both in farming and on the value-added side, where producers are using the flour to make protein-dense energy bars, crackers and granola.

A study by market research firm Mintel found that 26 per cent of people in the United States indicated they would be interested in trying insect products. But persuading them to view crickets as a genuine foodstuff instead of a novelty is proving to be a challenge for GrowHop. 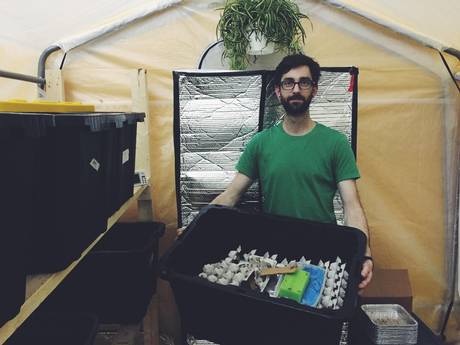 Andrew Afelskie in his cricket nursery.

“It’s a very grassroots-level, new industry right now. The government has no restrictions on how you farm them,” he says.

The lack of standards and a “monopolistic-like” attitude held by other farmers protecting their techniques makes it hard to develop best practices in the industry, says Mr. Afelskie. This, in turn, keeps it on the fringes, he says, a novelty to consumers.

“Part of our challenge with this new farm, this new ingredient, is how do we design it so it’s right the first time – local, sustainable?” he says. “How do we create this new food model?”

The Challenge: How does GrowHop convince consumers its product is a genuine foodstuff and not a novelty?

GrowHop needs to build volume within its core niche. They should continue to emphasize the novelty of cricket flour and offer several new products – but not too many – and empower a set of loyal customers to pull their product toward wider acceptance. The fact that several branded, gluten-free, cricket-flour protein bars exist in the market is a good sign. Further, other primary producers are growing, with demand often outstripping supply.

Alternatively, if GrowHop wants to move beyond its niche, it needs to understand its competition, target specific customers and differentiate its products within the wider market. One option is protein-rich products aimed at athletes.

In order to reach these customers, GrowHop needs to lower its prices – and costs – and invest in infrastructure that allows them to increase volume. This is a riskier strategy as it likely requires an injection of cash. Financing may be limited due to unfamiliarity with cricket farming and unclear regulations governing insects as feed and food. GrowHop could seek initial scale-up funds from a range of government and NGO programs.

I’ve got chefs here in Toronto who are very eager and excited to work with edible insects, but not as a novelty. They don’t want to buy them already prepared, they want to buy them as an ingredient and they want to play around and experiment. But they’re not going to do it when the prices are as high as they are. They could buy grass-fed beef for $6 a pound. Why would they buy edible insects for more than $30 a pound?

With a lot of the cricket protein bars and cookies and everything, they’re trying to actually minimize and mask the flavour. For us it’s about trying to help people understand what the nutty flavour of the cricket is on its own. There’s a benefit to it just as an ingredient.

You can affect the way crickets taste based on what you feed them – give them basil or banana and you can actually change their flavour profile. If GrowHop wants to stay on the farming side, that’s an interesting thing they can do to differentiate. They could be doing things to highlight the ingredient instead of masking it. They could come up with the “Kobe beef” of crickets.

Scale up facilities by raising funds from a range of government and NGO programs.

Examine the input costs for farming, find out the pressure points and see if there’s a way to reduce them.

Focus on creating products that highlight the flavour as opposed to masking it.