Keith McSpurren, founder and president of CoveritLive in Toronto, says he used to yell at his television a lot when a state of the union address or the Oscars were on.

"I felt there were a lot of voices not being heard enough in real time and I wanted to unleash that."

Mr. McSpurren has started to do exactly that with CoveritLive, a live publishing software program that enables media companies all over the world to cover live events and interact with their readers. It's an interactive two-way piece of software that's built for live discussion allowing real-time comment from readers. It can easily be appropriated into existing technology from CoveritLive's website via JavaScript.

Since its launch in late 2007, mainstream media such as The Globe and Mail, Newsweek and CBC's Hockey Night in Canada have picked it up, as well as a multitude of bloggers, who can also use it to post photos, video or ask polling questions to get instant opinions from readers.

Social media such as Twitter can also be incorporated into the mix. But the program really came to prominence last year during the Obama campaign and the Olympics.

"What CoveritLive has invented is a new way of covering live news. As far as users go, it creates an event around an event, something they didn't have in their hands before," says the 38-year-old Mr. McSpurren. "Up to date, it's been completely free."

The strategy behind "free" is simply to get people using it. When they first developed it, with the backing of a small private equity company, Mr. McSpurren was unsure whether anyone would use it so they gave it away, whether the user was Yahoo or a niche blogger covering baseball drafts.

"It's too challenging to come out with a completely new way of doing things and expect people to adapt it quickly and pay for it," Mr. McSpurren says.

"We wanted to remove all barriers to trial in the first couple of years. We also wanted to remove the IT barrier so people don't have to talk to their IT department to use it. It's as simple [to use]as dropping a YouTube video onto a page. That's been the most important thing. We made it really easy for the end users."

Growth has been completely organic for the company which says it hasn't spent a nickel so far on marketing.

"CoveritLive has proved that if the product is decent, easy to use and really solves an unmet need, it can spread pretty quickly," says Mr. McSpurren, who chose to refine the software in a live setting because the firm couldn't afford two years of testing.

"The challenge is that if you make too many mistakes, you burn all of your equity with your early adopters. Then no one wants to use it any more. You have to get a certain amount of stuff right, right off the bat."

Reliability is a key challenge as events grow increasing bigger, often with hundreds of thousands people for one event. TV networks need reliable technology. If a site crashes, it's a crushing blow.

"Resilience has helped us get through it," says Mr. McSpurren, who sometimes puts on his iPod and walks outside to calm down during big events. "This business comes with very big highs and very big lows. It's a constant process of just dusting yourself off and getting back in the game."

In the past 18 months, CoveritLive has had enough repeat use from large media companies that they will soon be charging for their software - another hurdle. Mr. McSpurren doesn't expect the transition to be so difficult now that it's clear CoveritLive is a good idea.

"Most of the people using our software are revenue oriented, such as the CBC," Mr. McSpurren says. "For instance, they used it on Hockey Night in Canada every single night through the playoffs. They can turn to a national sponsor and ask, 'Would you like to sponsor live coverage of hockey and by the way, that's $7,000 a month?' I think they can sell that easily to their advertising partners."

Mr. McSpurren says he plans to keep the pricing "incredibly low" so that it doesn't inhibit their growth or long-term goals. Although he believes that CoveritLive already has a sizable lead in the marketplace, he says the greatest challenge of a Web-based business is that expectations are constantly changing.

"You always have to be on the lookout for other alternatives to what you're doing to make sure that you can keep going and get to the point where you're profitable," Mr. McSpurren says. "Anyone can come along at any time, and if they're smart and have more ability than you to dig in longer, they can take you out." 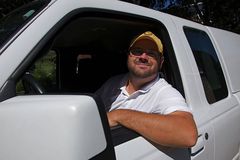 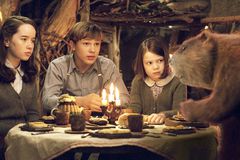