British Columbia's new Franchises Act will come into force on Feb. 1, 2017, making B.C. the sixth Canadian province to regulate the franchise industry in Canada. Franchisors throughout Canada (as well as franchisors from the United States and elsewhere) that operate in the province have four months' lead time to amend their franchise disclosure documents and sales practices to be in compliance with the new B.C. law.

Although the BC Franchises Act was passed by the legislature in November, 2015, since that time, the provincial government has been developing regulations to deal with those items of disclosure that must be included within a B.C. Franchise Disclosure Document (called an "FDD"). Those regulations have now been approved by Cabinet and are available here.

These items of disclosure include (but are not limited to) a description of the business opportunity itself, a list of all fees and costs a franchisee must pay to acquire and operate the franchised business, details of any litigation involving the franchisor or its affiliates, a description of any territory granted, and a list of existing and former franchisees for prospects to contact for more information. Audited or reviewed financial statements must also be a part of the disclosure package, together with copies of all contracts the prospective franchisee is required to execute.

Will the new law be onerous to Canadian franchisors? No – those who sell franchises in Alberta, Manitoba, Ontario, PEI or New Brunswick must comply with the disclosure requirements of those jurisdictions anyway. Modification of their existing FDD's to be in compliance with British Columbia law will be minor. The law strikes a healthy and practical balance between protecting the small business community of current and future B.C.-based franchisees without killing (or wounding) the franchisor goose that lays the golden egg.

For example, unlike in Ontario, franchisors franchising in B.C. will be able to accept refundable deposits from prospects and can require prospective franchisees to execute confidentiality agreements prior to the FDD being delivered to the prospect, and waiting for the mandatory 14-day cooling-off period to expire before the franchisee can sign any other agreements relating to the franchise.

Additionally, B.C. FDDs will not be invalidated by a technical error or defect in the FDD that doesn't affect the substance of the disclosure obligations required by law. Thus, (and unlike in Ontario), an FDD that is substantially compliant will be compliant for the purposes of the Act. As well, electronic delivery of an FDD will be permitted; something only adopted by Ontario in July, 2016.

But the real benefit of this legislation is for B.C.-based franchisees, who have not been entitled by law to receive full and complete information about the franchise being offered, and who have not been able to utilize the legal remedies available to other Canadians in circumstances where there has been a material misrepresentation in the franchise sales process by the franchisor or its salespeople.

That will all change in British Columbia on Feb. 1. The B.C. Franchises Act will go a long way to protect B.C.'s large and growing number of small-business operators – many of whom are new Canadians – who choose to assume the risks in hope of reaping the rewards of owning and operating a franchised business.

If the Act or the regulations have been breached, the remedies available to B.C. franchisees against a franchisor are significant. For example, if a franchisor has made a material misrepresentation in the sales process, or it has failed to disclose a material fact that it is required to have disclosed in its FDD, or it has failed to even provide an FDD to a B.C. prospect, then this will give the franchisee the legal right to utilize the legal remedies available under the Act, including – and depending on the circumstances – rescission of the entire franchise contract, entitling the franchisee to all of its money back, plus any losses.

One of the most significant changes to the law involves governing law and forum provisions for franchise disputes. Litigation by or against a franchisee in B.C. must, after Feb. 1, be carried out in B.C. under B.C. law. This will prevent an Ontario franchisor from forcing a Vancouver franchisee to Toronto to sue or be sued under Ontario law, at monumental expense to the B.C.-based franchisee who may lack the financial resources to fund out-of-province litigation.

That provision may be one of the more important benefits to the B.C. franchisee community and will go a long way to protect B.C. franchisees from being strategically and financially disadvantaged by non-B.C. governing law and forum clauses in their franchise agreements Practically speaking, the change in the law after Feb. 1 will not have a significant impact on most Canadian or U.S. franchisors already franchising in B.C., unless of course, they are not in compliance under the Act and have either made inaccurate disclosure or not disclosed a material fact required to be disclosed by law, or they have not provided an FDD to a B.C.-based prospect, or they have somehow not dealt with their franchisees in good faith hyphen here instead – a statutory requirement under the Act. Failure to comply with the Act and regulations will trigger the remedies under the Act as it would under the statutes of the other disclosure provinces.

Will the new law be onerous to Canadian franchisors? No. Franchisors who sell franchises in Alberta, Manitoba, Ontario, PEI or New Brunswick must comply with the disclosure requirements of those jurisdictions, anyway. Modification of their existing FDD's to be in compliance with British Columbia law will be minor.

Admittedly, the legislation will force franchisors that only franchise in B.C. to comply with the new law, and this will require them to have their lawyers prepare FDDs in compliance with the new Act. It will also oblige the B.C.-based franchisors to ensure that their financial statements are, at a minimum, review engagement-based, because "notice-to-reader" financial statements are not satisfactory for purposes of the B.C. Act.

An "in force" of Feb. 1 should give franchisors sufficient time to take what legal, accounting and indeed, administrative steps the legislation requires to be in compliance by that date. Once in effect, the statute will go a long way to protect an important segment of B.C.'s economy; B.C.'s small-businesspersons who choose to make a living by owning and operating a franchised business.

Self-regulating professions must regulate in the public interest – or else
July 6, 2016 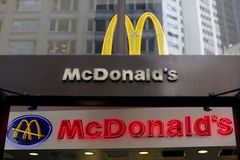 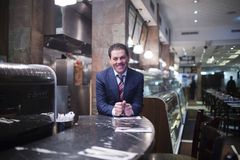