Writing a best-selling small business book is an impressive feat at any time, but these days – where anyone with an Internet connection can build a following and become an author – 'it's a remarkable achievement,' writes Marjo Johne in To write a best-selling business book, focus on these three problems.

Scroll through the following list, compiled by BookNet Canada on Oct. 24, 2013, to learn more about the top-selling small business books in Canada. 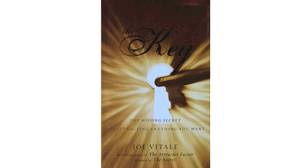 10. 'The Key: The Missing Secret for Attracting Anything You Want' by Joe Vitale

If you know you can achieve more, but can't seem to make it happen, The Key (John Wiley & Sons Canada Ltd., $14) reveals the psychological and unconscious limitations that are holding you back. You'll learn ten proven ways to stop sabotaging yourself and align your conscious and subconscious minds. This book gives you all the personal insight you need to unlock secret doors within yourself and open new opportunities and possibilities in your life. 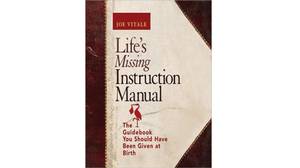 9. 'Life's Missing Instruction Manual: The Guidebook You Should Have Been Given at Birth' by Joe Vitale

In the simple, straightforward tone of an instructional manual, this little book offers big wisdom and little-known secrets for living a better life. Packed with life lessons most people will wish they'd learned earlier, Life's Missing Instruction Manual  (Wiley, $16) uses humor and anecdote to present practical steps readers can use to take control of their lives, overcome any obstacle, and find fulfillment. Each simple lesson is explained and brought into focus with real-life examples and includes practical steps on putting those lessons to work every day. Full of uncommon wisdom and lighthearted humor, this book will help readers develop confidence, create a plan for success, get ahead at work, build rapport with others, develop time-management skills, and find wealth and happiness. 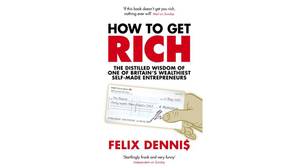 8. 'How to Get Rich: One of the World’s Greatest Entrepreneurs Shares his Secrets' by Felix Dennis

How to Get Rich (Penguin Group (USA) Inc., $14) s different from any other book on the subject because Dennis isn't selling snake oil, investment tips, or motivational claptrap. He merely wants to help people embrace entrepreneurship, and to share lessons he learned the hard way. He reveals, for example, why a regular paycheck is like crack cocaine; why great ideas are vastly overrated; and why "ownership isn't the important thing, it's the only thing." 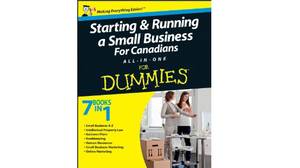 7. Starting and Running a Small Business for Canadians for Dummies All-in-One

With more Canadians considering starting their own small businesses than ever before, there's never been a greater need for a detailed, comprehensive guide to help budding entrepreneurs get off the ground. Comprised of six books in one that cover every aspect of running a business, from developing a business plan to managing growth successfully, and everything in between, Starting and Running a Small Business (Wiley, $28) will ensure readers' ventures meet with success. 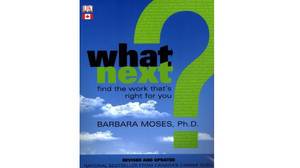 With Canadian unemployment at its highest in nearly a decade and more Canadians than even before facing career change, this revised and updated edition of the national bestseller couldn’t come at a better time. What Next? (Dorling Kindersley, $18) has been carefully designed to function as a life-guide as much as a job-search handbook for individuals at any stage of their career. Strategy planners, Q&A’s and assessments help readers to identify their skills, learn how to market those skills, how to get interviews as well as how to plan for the future. 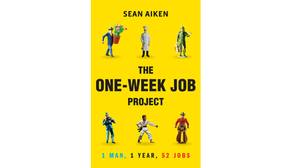 When Sean Aiken graduated from college, he had no idea what he wanted to do with his life—so he decided to try everything and write a book entitled The One-Week Job Project. Thus began the one-week job project, in which Sean would work a different job each week for a year. Sean's remarkable journey took him across North America working as a bungee jump operator, tattoo artist, aquarium guide, advertising executive, brewmaster, and cancer fundraiser. In each new job, he learned not only about himself but also about the people around him, finding out what drives people to choose a certain career, what makes them successful, and, more importantly, what makes them happy. Over the course of his year on the road, Sean learned more about work, friendship, love, and life than he ever imagined. This honest, hilarious, inspiring account is a must-read for anyone who’s ever asked themselves, “What should I do with my life?” (Penguin, $14) 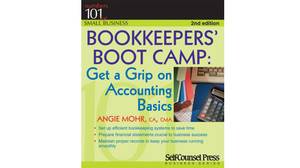 4. 'Bookkeepers' Boot Camp: Get a Grip on Accounting Basics' by Angie Mohr

Bookkeepers' Boot Camp (Self-Counsel Press Inc., $14) will show you the essentials of record keeping for a small business and why it's necessary to track information. It will also give you a greater understanding of the purpose and process of record keeping and a deeper understanding of your business and how it works. It will also teach you how to sort through the masses of information and paperwork, how to record what is important for your business, and how to use that information to grow your business for success! 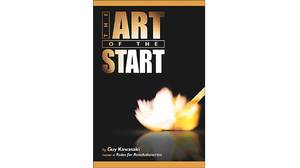 3. 'The Art of the Start' by Guy Kawasaki

From raising money to hiring the right people, form defining your positioning to building a brand, from creating buzz to buzzing the competition, from managing a board to fostering a community, The Art of the Start (Penguin, $22) will guide you through an adventure that's more art than science - the art of the start. 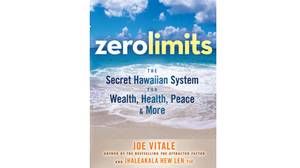 Teaming up with Dr. Ihaleakala Hew Len, master teacher of modern Ho'oponopono, a self-help methodology that removes the mental obstacles that block your path, in Zero Limits (Wiley, $17), Vitale shows you how to attain wealth, health, peace, and happiness. Vitale and Len walk you through the system, helping you clear your mind of subconscious blocks so that destiny and desire can take over and help you get what you truly want from life. It clears out unconsciously accepted beliefs, thoughts, and memories that you don't even know are holding you back. 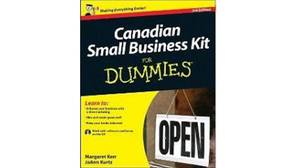