I became a dyed-in-the-wool Apple user by accident.

When I was a technology reporter, Apple lent me a MacBook, which was a major coup, given the company was very stingy about handing out evaluation units. And whereas most computer makers were happy to let you use an evaluation for a long time (sometimes, forever), Apple wanted the MacBook back in a week.

After a week, I didn't like the MacBook – probably because I was a long-time Windows user. I called Apple, and told it to get back the MacBook. For whatever reason, the courier failed to show up so, after a few days, I unpacked the MacBook, started to use it, and quickly fell in love.

The rest, as they say is history, which explains why I now own a MacBook, MacBook Pro, iMac, iPhone and iPad. All Apple, all the time.

Until I started to use Apple products, I didn't get the fascination and fervour that people felt about the company and its products.

Then, there was this aura surrounding Steve Jobs, who was this visionary who had been kicked out of the promised land (Apple), only to return as its saviour and creative genius.

What Mr. Jobs orchestrated over the past decade since the iPod was launched is nothing less than an entrepreneurial bonanza that will be difficult for anyone to match. On the heels of the iPod's success, Mr. Jobs revolutionized the music industry, and then hit monster home runs with the iPhone and iPad.

Amid Apple's surging popularity, sales growth and glowing brand, it can be hard to forget that Mr. Jobs was at his core an entrepreneur, who used a passion for design, creativity and usability to be successful again and again and again.

For those of us battling every day to establish ourselves as entrepreneurs, Mr. Jobs was an inspiration because he was steadfast in his beliefs and vision. Mr. Jobs knew what he wanted to achieve, and put the right pieces and people in place to make it happen.

With the iPod, he showed that going into a market with lots of competition was not a bad thing if you could come up with a superior product.

With the iPhone and iPad, Mr. Jobs and Apple broke new ground and, in the process, established Apple as the market leader.

Another part of Mr. Jobs' mantra that is inspiring to any entrepreneur is the idea of pursuing your passions – something that can be difficult when there are bills to be paid and food to be put on the table.

To me, it is one of the most important lessons for being an entrepreneur. There is a lot of work involved, the hours are long, and it can take time to reap the rewards.

But if you are passionate about what you are doing, the journey is not work as much as it is a labour of love.

Mr. Jobs obviously meant a lot to many people for a variety of reasons.

To me, he was the classic entrepreneur who combined strong vision and a willingness to go against the grain to carve out his own path.

Social media not taking wind out of e-mail's sails
October 3, 2011 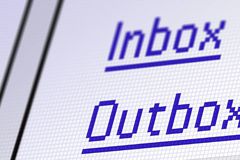 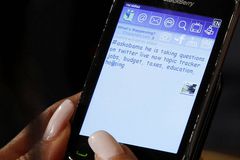