Drug dealers in Canada may soon have to contend with the biggest business competitor they've ever faced: the federal government.

One Montreal dealer, who spoke on the condition of anonymity, said that like any businessman, he is worried about how marijuana legalization will affect the bottom line of his low-key, one-man operation.

Legalization has come with a promise to curb the black market in almost every jurisdiction where such laws exist. But if what happened in Colorado is any indication, the black market isn't going anywhere fast. There, weed is still sold by unlicensed producers looking to capitalize on legalization. That can already be seen in Canada, too: Non-medicinal marijuana sellers are proliferating in the grey zone left by Prime Minister Justin Trudeau's promise to legalize.

The Montreal dealer believes having good-quality legal marijuana at a decent price is the biggest threat to his business.

"It will affect most dealers in the sense that it's going to take away the business from the casual smoker. Tonight, let's say you want to go smoke a joint with your [boyfriend]. You're not going to come see me – you're going to go around the corner to the closest place and you're going to have your pick of 50 different kinds. I will lose you as a customer."

However, he says, there are conditions in which black-market marijuana will continue to thrive. For example, he anticipates heavy users who buy large quantities of marijuana may still call on him in after-store hours, as will people looking for weed after the legal dispensaries have closed up for the night.

Many dealers also tend to sell other drugs in addition to marijuana. In this dealer's case, he also sells cocaine and speed, among other products. That means that the legalization of one product won't put him entirely out of business.

Still, there's no question that one of the main motivations of legalization is to compete with – and ideally dismantle – the domestic black market for marijuana, Mr. Young says.

To accomplish that, the government would have to promise three things: A competitive price, superior quality and wide availability.

"The big concern people have is the potential for increase in youth consumption," says Beau Kilmer, co-director of the RAND Drug Policy Research Center in the United States. "So, the most important thing people will have to pay attention to – in terms of legalization – is what happens to the price."

That, Mr. Kilmer says, is because young people and heavy users are the most cost-sensitive: "If the price is too high, you're still going to have black markets."

The government has yet to determine the legal method for selling marijuana: a liquor store-type model, a dispensary model or an expansion of the current system of legal medical producers who ship by mail.

However, a heavily regulated recreational-marijuana market leaves lots of room for an illegal undercurrent, because there will always be people who want to avoid taxation or having a record of their consumption, who don't trust the government, and who buy other drugs besides marijuana. Strict regulations may also drive the price up if licensed producers' overhead costs grow, in which case users may still opt for street dealers' pot.

Meanwhile, the hurdles Mr. Trudeau and his cabinet are currently facing on this dossier mean legalization is likely several years off. "I'm very skeptical, myself," says Andrew Hathaway, a drug-policy researcher and associate professor in the University of Guelph's criminal justice and public policy program. "I assume there's going to be some sort of consultation process, which is always a good stall tactic on the part of governments." 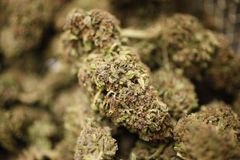 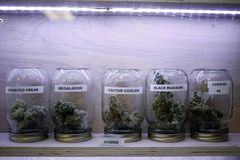 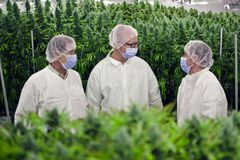