Vancouver-based businessman Michael Lee started Panda Game Manufacturing in 2008 after noticing a major resurgence in the popularity of board games.

When he was exploring how to enter the board game market, Mr. Lee discovered that many independent game publishers were facing challenges getting their games manufactured.

Their choice for production centres was limited to Germany – which offered high quality at a high cost – and China – which was cheaper, but often unreliable in terms of quality and timing.

"Small-size and startup board game publishing companies were having a hard time finding a balance between quality and price," the 32-year-old Mr. Lee says.

Mr. Lee set out to provide a manufacturing solution in China for the smaller players that would offer both competitive pricing and quality assurance.

"I was always interested in entrepreneurship," says Mr. Lee, who graduated from the Sauder School of Business at the University of British Columbia in 2002 and also founded the UBC Enterprize Entrepreneurship Conference. "I knew I wanted to start my own company, and one of my interests was board games."

He decided to jump into the industry after the major success of Settlers of Catan – a game created by an independent designer that has sold a staggering 20 million copies worldwide.

"This one game sparked a huge trend," says Mr. Lee, who noticed that, soon after, some of the most exciting board game titles coming onto the market were being created by smaller publishers.

But he also realized that many of these small publishers were stumbling when it came to getting their games produced. The costs in Germany were prohibitive and quality control issues made China problematic.

There can be a lot of detail involved in creating quality board-game components that many factories in China aren't familiar with, Mr. Lee says. Designers would send electronic files and specification to a manufacturer for their games, unsure if the final results would be professional enough for retail.

Mr. Lee decided to make the challenge of small game publishers the central challenge of his business. He set off to establish a manufacturing operation in China that could assure good-quality products at good prices.

Raised in a Chinese household, the entrepreneur speaks fluent Mandarin. Armed with this linguistic asset and his training in business, Mr. Lee went to China in 2007 to explore alliances with printers and factories.

Following a test run of a few small projects that year, he found a select few manufacturers that were reliable and set up exclusive agreements with them.

In 2008, after producing games for a handful of clients, Mr. Lee incorporated Panda Games Manufacturing and brought on his brother, Richard, as a partner. Together, they established a dedicated production facility in Shenzhen, China, which they could directly oversee.

With this accomplished, Mr. Lee could guarantee a quality that rivalled German producers at more competitive prices.

He started hitting trade shows around the world, showcasing his products and prices, and building brand recognition.

"That was a key to why we were able to succeed so quickly in the first couple of years," Mr. Lee. says "Being able to bring a physical product to a face-to-face meeting was critical in gaining the trust of new clients."

After expanding its roster of clients and bringing a number of high-quality games to market in 2008, Panda started to build a name as a go-to manufacturer in China.

Last year, it managed more than 100 projects, manufacturing more than 300,000 units for 30 different publishers in more than 20 countries.

Over the past four years, Panda has doubled its revenue annually and built its administrative team to include eight employees. In 2011, Panda generated $2-million in revenue, representing about a 1-per-cent market share in the board game manufacturing industry.

In 2012, the company aims to take a bigger bite, with a goal to surpass $3-million in revenue.

Some of the high-profile games it has manufactured include The Walking Dead Board Game, based upon the hit TV show, as well as Pandemic, a co-operative game where players must work together to save the world from a killer virus.

"We've definitely created a brand for ourselves," Mr. Lee says. "In 2008, essentially no one knew who we were. Now, probably every single company in the industry knows about Panda Game Manufacturing."

Last year, one of Panda's products, the board game Confusion, was voted by MTV as the best board game of 2011.

MTV had this to say: "There are plenty of great games to choose from this year, so what makes a game No. 1? For Confusion, it was the production value."

"Admittedly, we are fans of our own work," Mr. Lee says. "Being part of such a fun industry makes business feel like we are playing a game." 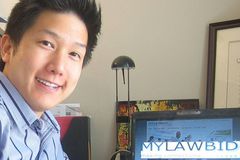 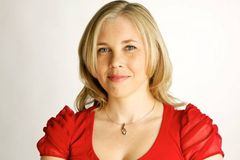 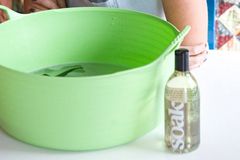