In keeping with his title – "chief rhino" at Vancouver-based Rhino Marketing Inc. – company founder Doug Morneau occasionally charges headlong into a new business venture with a cold call. That's how his 14-member firm eventually landed a partnership deal with the NHL's Vancouver Canucks.

The Canucks, no slouches themselves when it comes to marketing, initially talked Mr. Morneau into becoming a playoff sponsor when he approached them last year. He hadn't considered that option but jumped at the chance to play in the big leagues. He immediately set about building a more permanent business relationship. "Bring us the things on your wish list," Mr. Morneau recalls telling Trent Carroll, the Canucks' executive vice-president, sales and service.

Impressed by the firm's Internet marketing capabilities, the Canucks announced last month that the hockey franchise had signed a three-year partnership arrangement with Rhino to promote the team's charitable initiatives in return for prominent display of Rhino's logo, which now shares ice time with such sponsors as Rogers Communications Inc., Best Buy Canada Ltd. and Mike's Hard Lemonade Canada.

Mr. Morneau's bring-us-your-wish-list approach "was probably key for us," Mr. Carroll said at the time. The approach enabled Rhino to take ownership of a number of the Canucks' fan interaction programs across British Columbia.

For his part, Mr. Morneau said the high-profile gambit is already paying off and attracting interest from prospective corporate clients that might otherwise be reticent about entrusting their marketing to such a small shop.

"It kind of moved us ahead of everybody else in our industry and showed them that, yes, we can be there, we can play with these guys," he said. The firm recently landed business with a Vancouver radio station, "and that came directly out of our sponsoring the Canucks last season," Mr. Morneau said. "We have been called by the Edmonton Oilers and the Calgary Flames. It's brought us meetings with guys like Best Buy and our hydro company."

There is an old saw in the advertising business that "if you want to shoot an elephant, you have to hit elephant country," he said. "It's not easy today to earn business," added Mr. Morneau, an industry veteran who employs other, more subtle plays, such as using tracking software to determine which corporations have visited his website and whether they might be receptive to a sales approach.

"We can pretty much see who is coming to see us," said Mr. Morneau, who gets an alert on his BlackBerry whenever the software detects activity that indicates serious interest. This led to a recent contract with a large British Columbia trucking company that retained Rhino to be its ad agency, and has generated other leads.

"Today, for instance, I am looking at the provincial government. Lee Valley Tools has been there. RIM has been there, various investment companies have been there. It tells me what pages they have looked at, it gives an idea of what they are interested in," Mr. Morneau said in a recent interview.

Paul Bates, dean of McMaster University's DeGroote School of Business, said the use of tracking software is a brilliant strategy in preparation for the pitch. "We're firmly now in the digital economy," Prof. Bates said in an interview. "The marketplace today, one could argue, is wide open for anybody to find out the information they need to research a business, to research a product niche, to think about what competing products there are and to think about whether one can develop an angle to win some business."

"What's not new, what is still the critical thing, is that you have to add value. You have to find a way to approach a prospective client and demonstrate to them that if they do business with you – whether you are a micro-organization or a global leader – you are going to make their life better," Prof. Bates said.

When it comes to selling goods or services to larger corporations, size doesn't matter as much as it used to, said Jacqueline Drew, founder of Calgary-based Start Marketing Inc.

"Most large companies aren't afraid of dealing with small businesses as long as the level of professionalism matches what they would expect from a larger business," Ms. Drew said. But these small to mid-sized enterprises first have to find a way to get a foot in the door, which is where advance research and a customized sales approach can pay off.

Mr. Morneau related that his firm won business from HSBC Bank over a rival bid by listening to what HSBC wanted, and then suggesting to the bank what it really needed. Rhino and another firm, both of which held licenses to special analytical software for tracking sales and marketing efforts online, had been called in for meetings with HSBC.

"We went and listened to what they wanted to do. I took a look at the information they gave us and said: 'I have some good news and some bad news. The good news is that we can analyze the data you have given us. The bad news is that you don't have enough data. Instead of trying to measure what you've got, you should probably get more sales, and we can help you get some more sales,'" Mr. Morneau said.

"That was just about three years ago. They have increased their budget with us and we are now doing a fair bit of work with them in the U.K. and Philippines." 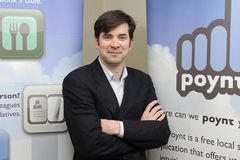 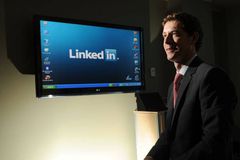 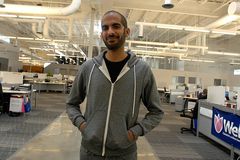