In 2009, Tom Dobrzanski, owner of Monarch Studios in Vancouver, realized that the rock bands whose music he was producing in his basement recording studio were getting bigger and would soon be ready to move on to higher-end operations.

At the same time, technology advances were allowing early-stage indie groups to record basic demos at home on their laptops, rather than at studios like his.

Mr. Dobrzanski realized that if he wanted to continue to produce music as a full-time gig, he needed to build a new, professionally-equipped studio.

It was an expensive proposition that initially seemed beyond his means. However, "if I moved into a bigger space, I'd be able to play a bigger game, attract bigger clients and make better quality sound recordings," Mr. Dobrzanski said.

His challenge was to build a world-class studio on the cheap that would still attract Canada's best bands.

When Mr. Dobrzanski pursued a bachelor of commerce degree at the University of British Columbia's Sauder School of Business in 2001, he needed a way to finance his studies. Rather than get a typical part-time job, he opted to make use of his music skills and, in his second year, started a basic production studio.

With an initial investment of $15,000, he and his business partner at the time recorded demo CDs for bands looking to find live gigs or a record deal. Finding clients was easy: As a keyboardist in a well-known local alternative-rock band, The Zolas, Mr. Dobrzanski tapped his wide network of fellow musicians and friends at university.

By the time he graduated in 2005, he was consistently fully booked at his studio. However, by 2009, he realized that if he wanted to make music his long-term career, he was going to have to take it to the next level.

Small bands had the ability to record in their own homes, seriously cutting into Mr. Dobrzanski's original business. However, the economics in the music industry were forcing bigger bands out of the top studios in search of more affordable recording space.

Mr. Dobrzanski saw this as an opportunity to seize the middle ground, and create a studio that could handle established acts that could pay a bigger price. He also wanted to develop a more professional studio that would appeal to outside producers who could rent it for their own projects in off-hours, generating revenue around the clock.

Mr. Dobrzanski knew the direction he needed to head but didn't have the money to do it.

"Financially, I realized I couldn't afford to buy a studio and also buy a separate place to live in Vancouver, so I had the idea of combining my live and work spaces," he said.

Since the city of Vancouver classifies recording studios as industrial spaces, he began to search for an industrial-residential space – a rare commodity. After a year, he finally located a warehouse that could contain a studio and living space on the same site.

To reduce labour costs, he tapped the the music community for volunteers. "I enlisted a small army of audio-school students and they did everything from putting up sheets of drywall to building sound diffusers," Mr. Dobrzanski recalls. "In return, they learned how to build a recording studio and got to pick my brains about sound engineering."

Mr. Dobrzanski got the community behind him and built support for his new studio by updating them on the building work via social media. "I set up a tumblr blog and used Twitter. People followed our progress throughout, and we picked up new clients through this medium," he said.

He also saved on building costs by sourcing materials such as hardwood flooring from Craigslist.

Renovations for Monarch Studios cost about $200,000. Mr. Dobrzanski paid for them with savings from his existing business, as well as by securing a loan for equipment and a mortgage for the property, which he co-owns and in which he lives with his fiancé.

The significant capital investment was a one-time cost that will enable revenue streams for many years.

Mr. Dobrzanski says that Monarch Studios, which will officially reopen in mid-October, is fully booked for the rest of the year, and already has clients booking for 2013 – at rates 40 per cent to 50 per cent higher than the $350-a-day he charged in his old studio. He projects that revenue this year will be double that of 2011.

He can now offer the recording services that his long-term clients signed to record labels require.

"My first big project in the new space is with a band called We Are The City . I've produced all of their records and now we can move up and progress together," he says.

Juno award winner Said The Whale is another Canadian success story that Mr. Dobrzanski has worked with from the beginning – acting as a producer for all of the band's albums.

As well as offering better-quality production that helps to attract bands with bigger budgets, the new professional-grade space is also attracting production crews that can rent Monarch Studios 24 hours a day, seven days a week, says Dobrzanski, whose own band just released its latest album.

"I'm now going to be maximizing the business by leveraging the space, and earning money even when I'm not there," he says. 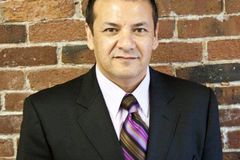 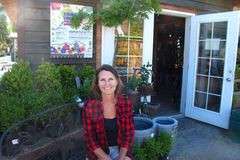 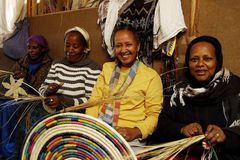 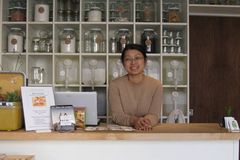 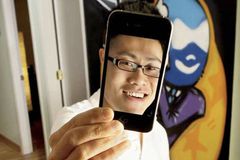