Cindy Wennerstrom is a bit of a hoarder. But the 39-year-old Toronto MBA grad doesn't collect shoes or keep old magazines. Houses are her thing.

"I wanted to take control of my future. And what I really loved to do was renovate, have tenants and make great homes for people," she says. "As soon as I set that course, within a year it was happening."

Ms. Wennerstrom owns seven properties in southeast Toronto, two of them with partners. She bought her first house at 24 and has been flipping them since.

But Ms. Wennerstrom, who quit her job in sales and marketing at a frozen food company nine months ago, has perfected a more patient version of the flip. Like her quicker-paced counterparts, she buys rundown properties in up-and-coming neighbourhoods and oversees a renovation of two to four months.

But then, instead of selling immediately, she hires an appraiser to revalue the property, and she refinances it based on that higher value. To reduce her carrying costs, she converts from a higher-interest line of credit to a lower-rate mortgage.

At that point, she rents the property out for five to 10 years, earning rental income as the property continues to appreciate with the surrounding community. Ms. Wennerstrom's renovations usually cost 10 per cent to 15 per cent of the purchase price of the home, which is usually between $350,000 and $450,000.

"The traditional flipping idea is flawed," she says. "The long flip is so much better."

Many real estate experts agree, noting that Ms. Wennerstrom's strategy sidesteps several of the pitfalls flippers can fall into.

"Real estate goes in cycles, and if the music stops at that exact point you want to sell – as it did in 2008 – you are stuck," says Don Campbell, president of the Real Estate Investment Network.

Vancouver real estate agent Grant Connell says flippers need extra cash, just in case. "My advice to people is always to make sure you can afford to complete the renovation and then hold it should the property not sell."

Many people set out to flip and achieve a quick windfall after viewing a real estate-themed reality television show on flipping, says Mr. Campbell.

"We see a lot of people get into trouble by doing it with their last $10,000 after watching an episode on TV, like this is the way they're going to get rich," he notes. "It's not as easy as it looks."

People often don't account for the tax, maintenance and mortgage costs they will incur if the market nosedives right as they're ready to list.

Here's what a flipping crash-and-burn typically looks like, says Mr. Campbell: Someone buys a fixer-upper, completes the renovation and then sells it for $25,000 more than the purchase price. After financing, maintenance and renovation costs, they've made $10,000 to $15,000 and immediately use that to buy another property.

Ms. Wennerstrom, on the other hand, typically buys a property on an open line of credit, and does not need to pay a penalty to break a traditional mortgage.

"You renovate and then force appreciation out of a home. But then you hold onto the property" – all the while collecting rental income. Also, profits made from quick flips are taxed as income, while money made upon the sale of properties bought to hold is taxed as capital gains, which is a lower rate. (There is no set time that properties must be held to qualify for the capital gains rate; the key is your intention.)

Mr. Campbell advises those who pursue the slow flip to target fixer-uppers in neighbourhoods that are already undergoing a revitalization.

Signs to look for are that the neighbourhood has a mix of old and new homes, and the old homes are being replaced by larger houses or multi-family properties. Also, new, higher-end retail outlets will be popping up, including coffee shops, restaurants and clothing stores to replace the mom-and-pop shops.

Ms. Wennerstrom, who is sitting on about $4-million in real estate holdings, manages and collects rental income on her own real estate portfolio, consults for others wanting to follow her long-flip strategy, and runs a tenant-search service for Toronto landlords.

Her advice? Hold properties for five years instead of five months, don't cheap out on renovations, don't underestimate the return on investing in curb appeal and make sure to get all necessary city permits.

Of course, Ms. Wennerstrom has learned lessons through trial and error. For example, she's getting a better sense of when to blow her renovation budget. Contractors suggested she lower the basement in a few properties, and in hindsight she wishes she had listened. "I wish I had just invested that extra $10,000 because I would have made it back in rent," she says. "And I wish I'd replaced the drainage in some buildings – but now I know." 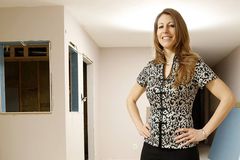 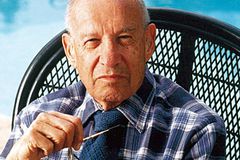