The Canadian venture capital landscape is a strange beast these days.

On the one hand, the Canadian Venture Capital Association reported that investments in the second quarter dropped from $355-million to $328-million due, in part, to "stalled fund-raising activity."

On the other hand, a flurry of startups such as Achievers, GoInstant, Wave Accounting, Guardly, Paymentus, gShift, HomeSav and WattPad have recently announced new financing deals.

What's the deal? Is Canada's venture capital industry still struggling, or are there signs of encouragement?

For the glass-half-full contingent, there appears to be growing reason for optimism.

Aside from the number of Canadian startups that have raised much-needed capital in the past few months, there has been an increasing number of seed-focused venture capital firms appearing on the scene.

Although none of them are large funds, particularly when compared with the United States, they have active and engaged investors who are providing start-ups with the capital required to nurture an idea, or give a company with an existing product or service the money to gain more traction and attract more customers.

Matt Golden, who runs Toronto-based Golden Venture Partners, said the emergence of seed-focused VCs has a lot to do with the opportunity to invest in startups that do not require a lot of capital.

"On a macro level, I think you are starting to see that, from a technology perspective, the cost of creating valuable technology has declined," he said. "You can deploy a high-value product and, with the availability of open-source code and technology, you don't have to reinvent the wheel to build on existing or new platforms."

The ability for VCs to get bang for their buck, Mr. Golden said, means a nimble and fast-moving investor can make a smaller investment but still get a significant return, even if an acquisition price is fairly modest.

For large VCs, he added, the rules of engagement are different because investing $200,000 to $500,000 in a bunch of startups does not scale.

For seed investors and VCs, it has also helped to have a robust mergers-and-acquisitions market, in which large companies have aggressively snapped up start-ups with interesting technology or solid traction. The Canadian startups that have been acquired so far this year include PushLife, Five Mobile, Zite, Backtype, Postrank, Tungle and MyThum.

"You have tremendously cash-rich buyers sitting on more cash than ever," Mr. Golden said. "They are buying early and often, often right at the point where something is interesting. They are buying a lot of companies in the $20-million to $60-million range, often under the price point where they have to report it from a material perspective. Often, they are buying talent and technology. Other times, they say, 'This product has tremendous traction, let's buy it early.'

"For a seed fund, it makes a lot of sense if you invest early and sell for $20-million. You can do really well and every exit is meaningful."

Another important consideration that has created opportunities for smaller seed-based VCs is how the new breed of fund managers are different from their predecessors, who ran much bigger pools of capital.

Mark MacLeod, a partner with Montreal-based Real Ventures, said the previous generation of fund managers didn't have a lot of operational experience.

"You are seeing a big transition in the venture landscape," he said.

"The first generation of fund managers – and this is a stereotype and negatively biased – did not deliver the goods. There are reasons for that: fund sizes were too large and too much capital was invested relative to the exits. One of the biggest issues was that most of the people managing the money didn't have operational experience. You now have a new breed of fund managers who have come in at a time when the startup landscape is changing."

While there are positive developments within the Canadian VC industry, there still isn't enough capital available for startups, and holes remain in the ecosystem.

In particular, there is an absence of large investors with the financial muscle to invest large amounts of capital (more than $10-million) to provide startups with enough ammunition to aggressively seize an opportunity.

Much of the problem has to do with the fact there are few Canadian institutional or pension funds still in the VC marketplace due to poor historical returns. As a result, start-ups looking to raise large rounds need to go to the United States.

"We definitely have a gap in the venture ecosystem," said Robin Axon, a general partner with Toronto-based Mantella. "Companies showing traction with or without money are able to raise money, but it's not in Canada at the latter stage."

Mr. Axon said there are signs the institutional and pension funds are starting to get back in the VC game.

He points to a new $180-million fund recently announced by Ontario Municipal Employees Retirement System (OMERS). So far, OMERS has invested in one company, Wave Accounting, but it has a pro-active and aggressive mandate over the next three years to establish itself as one of the leading VCs in North America. 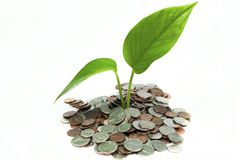 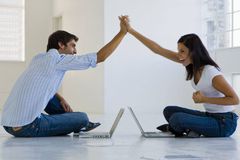 Ten realities of working for a startup
October 10, 2011 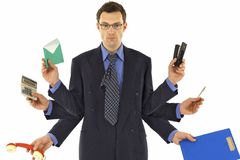 Why Steve Jobs was an entrepreneur's inspiration
October 7, 2011 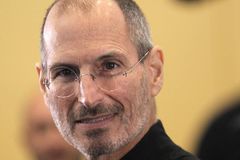 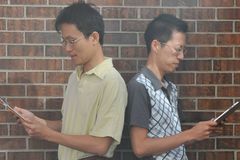