It's taken me a few months to get over my shock at the fact that a recent equity offering valued Airbnb at $25.5-billion (U.S.). That's more than most hotel industry giants, such as Marriott International, Starwood Hotels & Resorts or Wyndham Hotels and Resorts, and, depending on the day, about the same as Hilton Worldwide.

I've been trying to find the words to describe this valuation, but the only one that comes to mind is "ridiculous." Yes, I'm an innovation guy and a huge believer in the power of digital and the sharing economy. But, the finance guy in me cannot figure out a true rationale for ascribing such value to a seven-year-old company with few assets and growing annual losses.

What happened to the good old days of assets and profits driving valuation?

At its core, Airbnb is simply a technology-based booking system that matches renters and providers of short-term accommodations. This is a model that can be easily replicated.

I believe that one of the great hoteliers listed above should have already pioneered this niche. They all have different brands in their chains, serving different markets. One of them should have created the "lifestyle" or "experience" banner that does what Airbnb does – matching travellers with locally owned "rooms" that bring travellers closer to local people and culture.

All of these large hoteliers have the ability to book rooms online. They also have existing systems to review and monitor rooms, service, and customer satisfaction. Should one of them step into this space, I believe that Airbnb will quickly become a financial afterthought.

So how does this relate back to hard-working entrepreneurs like you and me, who are just trying to create some value for others and build a business that will fund our retirement?

In today's unpredictable, trend-driven world, you have to ignore the hype and put caution first.

Entrepreneurs all dream of the big payday that comes when they sell their business to a motivated bidder. For some, that day will come. For most of us, however, the big cheque will remain just a dream. Most businesses haven't been engineered to thrive, years from now, without their current owners. The doors simply close and the lights go out one last time.

Worse, many entrepreneurs simply aren't financially ready for retirement. Their savings are light, because they've reinvested in their business in the hope of one day reaping a huge bonanza. So what happens next? The burden of retirement becomes shared by your whole family.

Sorry for the downbeat picture, but it's one that I've seen repeated all too often. And it's a storyline that's exacerbated by what I see as the new investment algorithm: Hype > Revenue + Margin + Profit. All your work can be undone in a few months by focused disrupters or simple hype.

The good news is that there are at least two distinct ways to guard against retirement aftershock.

The first is to work hard to ensure that your company remains relevant. This may take more direct action than you're used to. As Steve Denning reported in a Forbes article, "The average life expectancy of a Fortune 500 company has declined from around 75 years half a century ago to less than 15 years today, and heading towards five years if nothing is done."

Whatever success you've enjoyed in the past, there is no more resting on your laurels. Stir up your team, re-engage with your customers, make things happen, create more value. And keep on pushing and prodding till the day you hand over the keys.

The second strategy is to think of your business as just another employer, and plan your finances accordingly. I have never believed in tying up all of my hard-earned capital in my business. Take some out, put it away and save for retirement (as the commercials tell us). What's the worst thing that can happen? Significant savings and a big payday? I'll get over it! Bottom-line: Global finance has a new valuation tool – hype. But it's old-style asset-building that can help fuel your retirement.

Ken Tencer is chief executive officer of branding and innovation company Spyder Works Inc. and the co-author of two books on innovation, including Cause a Disturbance. Follow him on Twitter at @90per centrule.

A good crisis can make for great opportunities
September 4, 2015 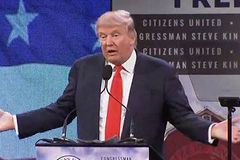 Why technology is not a synonym for innovation
July 3, 2015 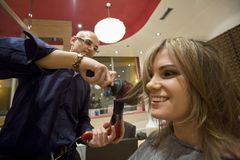