The Canadian International Auto Show opens in Toronto this week, where car companies will show off their latest visions of the future. If asked to name the most innovative car companies today, what would consumers have to say? Many would point to brands advertising in-car WiFi, or cars with self-driving functionality like the Tesla.

Would General Motors be named? It might depend on whether auto innovation means hot new features or a complete reinvention of the business model. Canadian startups and founders are bringing inventive thinking to the automotive sector in exciting new ways.

For many large corporations, major sources of innovation have often included internal R&D labs, academic partnerships, or simply being downstream from a global corporate breakthrough. How about investing in startups? Canadian companies have made significant contributions to evolving the automotive industry – notably Magna and Linamar. Now a new wave of emerging companies are poised to drive the next wave.

What won't be on display at the auto show is the $500-million corporate venture deal 108-year-old GM made six weeks ago with the startup Lyft to help secure its future. Lyft is the No. 2 ride-sharing platform in the U.S. behind Uber (the behemoth co-founded by Canadian Garrett Camp). The deal provides Lyft with much-needed funds to compete globally and gives GM access to the rider/driver matching software along with preferred vehicle provider status.

"Do we want to deploy the resources and people to do everything ourselves, or get there faster by working in partnership?" said GM president Dan Ammann. "We see a really compelling, complimentary set of capabilities." For a corporation like GM, it's two birds with one stone: make an investment in an innovative startup, and use that investment to get closer to more customers than ever before – both through its traditional automobiles and through the digital experience that Lyft makes possible.

We recently worked with Hotspex to ask 764 Canadian consumers their opinion on the GM-Lyft relationship. Overwhelmingly, across all age groups, 65 per cent of respondents believe this investment is about GM trying to get into the "next big thing." The largest segments agreeing with this statement were 65 and older adults, at 83 per cent agreement, followed by 78 per cent of 25-34 year olds. Interestingly, only about 9 per cent of respondents thought that GM was cooler for making this investment and about the same amount would consider buying GM stock because of the move.

And yet, these questions are being asked of consumers who think of GM in its traditional role as an auto manufacturer. Consumers who choose Lyft and Uber for transportation are non-traditional in many ways, and their purchase decisions have less to do with the desire for time-tested (or trusted) brands than with the ability to do what they want, when they want it, without the need for intermediaries. They also aren't typically tied to auto ownership the way older generations have been – but they are the consumers that more notable Canadian startups are set to win over.

Another Canadian, Tim Attia, leads a new kind of insurance company called Slice, which is trying to remove the friction from the sharing economy by using background data to price out commercial and personal insurance, sometimes by the minute. Slice is actually getting the most traction outside of Canada, where insurance regulations leverage telematics in a far more progressive way.

Rover parking is a Toronto-based startup which allows drivers to use an app to find more options when parking in the city by monetizing the unused asphalt in front of people's houses. Their data on what kind of automobiles use their service – currently Honda leads the pack – might result in opportunities for dealerships to offer add-ons like parking subscriptions that, for urbanites, might rival the gas cards being given away.

Further afield, startup Getaround is shaking up the notion of car ownership in Silicon Valley. Sam Zaid is the Canadian founder of this company that allows car owners to rent their own car out from its spot on the driveway when it isn't in use. Zaid's ideas were big enough to land him the winning title at 2011 TechCrunch Disrupt conference.

Ted Graham is the Innovation Leader for PwC and the author of forthcoming book The Uber of Everything.

Montreal mayor calls for Uber to pause services after taxi protest
May 16, 2018 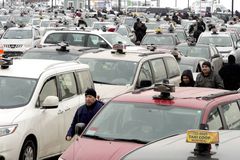 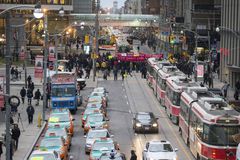 Three things I learned about innovation by working in a kitchen
May 15, 2018 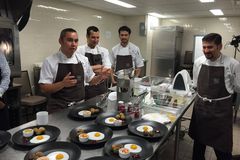