Developers are increasingly using social media and online surveys to ask area residents what businesses they want in their neighbourhood, turning away from traditional market research that determines what types of stores might draw customers.

When real-estate developer Robert Fung started to look at how best to fill 8,000 square feet of retail space in New Westminster, B.C., he decided to approach it like a retailer and ask potential customers what they thought might be a good fit. He turned to Facebook, Twitter and community blogs to solicit feedback from people who live in the area.

Mr. Fung says the response to the two-week campaign was "overwhelming, immediate and highly informative," and it led the developer to refine his target retail mix and modify the storefront configurations to dovetail with what respondents envisioned.

"I didn't have anyone say, 'Put a London Drugs in it or a Shoppers Drug Mart' – not that that's a bad thing, but it's not the character we hope to provide," says Mr. Fung, president of Salient Group, which is behind the Trapp + Holbrook project in downtown New Westminster.

"For us, it was fantastic because it supported the notion that the area should have a vibrant, human-oriented scale and one that had great texture."

For some developers, the feedback will help define how new projects will be built, others can use the findings to figure out how to fill existing vacant space. Either way, getting direct community input is beneficial for small businesses that are increasingly in demand, says James Smerdon, director of retail consulting at Colliers International in Vancouver.

"Developers are starting to get more proactive in the face of mounting resistance to the 'Wal-Mart effect' ...," Mr. Smerdon says.

In the past, developers have used traditional market analysis to back their visions. The process has shifted toward interactive, online forums that Mr. Smerdon says are as much about project marketing as they are about market research. "It's a fascinating approach…," he says. "There will be a tipping point at which it becomes market research" replacement, he adds.

The online community feedback – which usually offers some sort of incentives to those who respond – can also help narrow down the list of businesses vying for space in a development, as is the case with the Willoughby Town Centre in Langley, B.C.

Qualico Group of Cos., the developer behind the mixed-use project, just launched a social media campaign using Facebook, Twitter and blogging to help decide how to fill out the 120,000 square feet of retail space currently being built in phases, anchored by a Your Independent Grocer store, as well as a Royal Bank of Canada outlet and dentists' offices. So far, the campaign has received dozens of responses from local residents.

"We have more retailers wanting to be in the town centre than we have space for," says Hugh Carter, vice-president of communities and commercial development at Qualico. "We want it to be successful as the developer, but we also want to ensure that the community is fully behind us."

Area residents are also being asked what they want to see in vacant spaces in existing developments. Cranberry Mews in Collingwood, Ont., recently launched an online survey to help determine who will fill three remaining spaces in the 24-store retail complex. More than 175 surveys have been filled out.

"This isn't just about looking for potential businesses; we're also looking to complement the existing businesses that are there in order for them to thrive together," says Andres Paara, a broker with Royal LePage Locations North, which is helping to find tenants for the spaces.

"All too often, we get a little too smart for our own good in thinking what the community wants or needs," Mr. Paara says. "In our efforts to find businesses for locations, the first thing that potential candidate tenants ask is, 'Is there a market for us?' With this method, we feel we are going to have some pretty interesting information and data to fall back on."

The community outreach will help Salient Group build more of a "homegrown" neighbourhood development, Mr. Fung says, adding he plans to go back to the community for a second round of feedback that looks at more specific businesses.

"I feel strongly that projects are more successful if there's community buy-in, and we sincerely wanted the feedback," he says. "If my assumptions were completely wrong, and the neighbourhood had a strong need for something else, well, then I think we would really seriously be looking at the things the neighbourhood needs, because they will then support it." 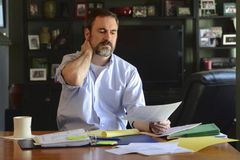 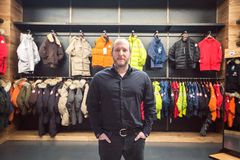 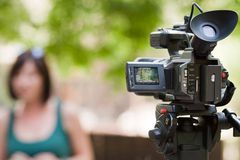 Invoices jammed in a shoebox? Wave has a solution
April 10, 2013 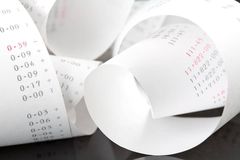 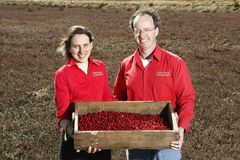