Before he and his wife, Tonia Jahshan, stepped in front of the cameras to make a pitch for investor money on CBC's Dragons' Den, Hatem Jahshan thought of a comeback in case Kevin O'Leary – notorious for being the mean Dragon – called him a cockroach.

"I was going to say something like, 'Well, you may think I'm a cockroach, but I'm a cockroach that grows quickly,'" says Mr. Jahshan, who is chief executive officer of Steeped Tea, an Ancaster, Ont., company that sells loose-leaf teas at tea parties hosted by independent consultants.

Mr. Jahshan didn't need his cockroach rebuttal. Five minutes into their pitch, the couple had offers from four of the five Dragons – including Mr. O'Leary, who was willing to shell out $300,000 for a 30-per-cent stake in Steeped Tea.

The Jahshans decided to go with Jim Treliving and David Chilton, who each offered $125,000 for 10-per-cent ownership in the business. Mr. Treliving had great connections in the United States, where the Jahshans wanted to establish a presence, and Mr. Chilton showed a solid understanding of Steeped Tea's business model.

Steeped Tea's successful bid for Dragon financing stands as an example of what can happen when entrepreneurs hit all the right notes in a venture capital pitch – on or off camera. Whether they are pitching to celebrity millionaires under the glare of studio lights or to family and friends for a bit of love money, business owners need to present a compelling case.

"Tragically I've seen my share of poorly executed, unsuccessful pitches," says Peter Bailey, a former venture capitalist who is general manager of Flow Ventures Inc., an early-stage business consulting firm with offices in Toronto and Montreal. "Some people come in thinking they've got a great idea, why wouldn't you want to invest in it? But it's not that simple."

It's not that complicated, either. A good pitch, Mr. Bailey says, starts with clear answers to a few basic questions: What are you selling, what problem are you solving with your product or service, and what makes you the best team to solve this problem?

"And you've got to make your story clear very quickly," he says. "In the first 20 seconds, your audience needs to understand what you're selling and why."

John Vyge, a business-plan coach in Reston, Va., and author of The Dragons'Den Guide to Assessing Your Business Concept and The Dragons' Den Guide to Investor-Ready Business Plans, says many entrepreneurs tend to focus on their business plans when pitching for money. They should, instead, do what Ms. Jahshan did: focus on "proof of concept."

"She talked about how she was hosting 15 tea parties a month before she developed her direct sales model, which showed that she proved her business concept on a small scale first," Mr. Vyge says.

At the time of the pitch, Steeped Tea had 500 consultants ringing in $500 a tea party – more proof that the Jahshans' business concept and model were working, Mr. Vyge says.

The Jahshans also showed that they knew their business and market inside and out; they were quick to answer questions about the company's revenue and profit margins and the competition. "Being prepared and knowing your numbers is important," Mr. Vyge adds.

It's important to ask for a "reasonable" level of funding – that is, just enough capital to get past the next growth stage, says Sean Wise, assistant professor of entrepreneurship and strategy at Ryerson University in Toronto and author of Hot or Not: How to Know if Your Business Idea Will Fly or Fail.

Prof. Wise, who used to provide behind-the-scenes coaching for Dragons'Den contestants, says entrepreneurs should also be able to explain exactly how they will use the money and set metrics that will show what value was generated for the business and its investors.

Giving investors a good idea of what the business is worth is critical in a venture capital pitch, says Rabinder Kooner, a business adviser with Small Business BC, a Vancouver-based non-profit resource centre. Yet this is where many entrepreneurs fail, he notes.

"A lot of people I've come across have an overly inflated idea of what their business is worth," he says. "As a result, they lose credibility with investors because it looks like they're just picking figures from nowhere and they can come across as arrogant and greedy."

Mr. Kooner's advice: Seek help from a business valuation expert. It costs money, but it will help entrepreneurs and their prospective investors get a true picture of the business.

So many things can happen after an investor puts an offer on the table, Mr. Bailey says. That's why business owners need to be ready for the due diligence that follows the handshake offer.

"First and foremost, make sure your financial house is in order," he says. "Have your books all ready and organized, and everything outlined on paper."

With its new business partners – and their money – on board, Steeped Tea is on track to enter the U.S. market by March of 2013. The company did $1.3-million in sales last year. But since their pitch on Dragons' Den was aired, sales have "gone right through the roof," Mr. Jahshan says. Steeped Tea's consultant network has also grown dramatically, to more than 1,300 today from about 500 last year.

"At some point in the process, bringing in investors felt like we were selling our soul," Mr. Jahshan says. "But we really wanted to enter the U.S. and we knew that to do that, we needed partners who knew that market and had the right connections. We have absolutely no regrets."

Want to pitch the Dragons? Each year, thousands of business entrepreneurs from across Canada audition for Dragons'Den, says Jennifer Dettman, head of factual entertainment for the CBC, which produces and airs the show. So far, about 680 businesses have appeared over six seasons, and 40 have closed a collective $5-million worth of deals. Here's what Dragons'Den producers look for when picking contestants.

Cutting-edge ideas: The show seeks to highlight innovation in small business across Canada, so producers are on the lookout for entrepreneurs with bright and fresh ideas.

Good business lesson:Dragons'Den has become part of the curriculum in many schools that teach about entrepreneurship. Hopefully your business won't become the case study for what not to do.

Compelling back stories: It's television, after all, so if you've got an interesting narrative about the business or the people behind it, make sure you tell it.

Engaging presentations: Like we said, it's television. Ms. Dettman says business owners who make the cut are usually energetic presenters who can command the attention of the Dragons and television viewers.

Advice about advice for startups
December 3, 2012 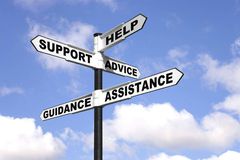 To grow or not to grow: Small businesses face paradox
November 22, 2012 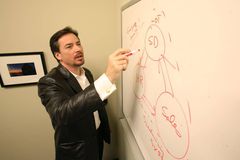 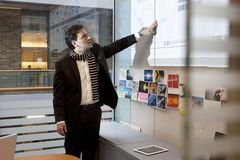 Three startup challenges that can be conquered
November 12, 2012 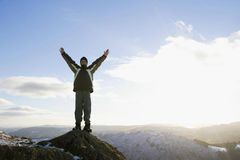 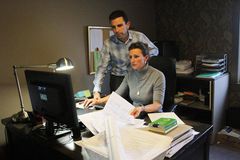 All that blogging, tweeting can pay off
November 5, 2012 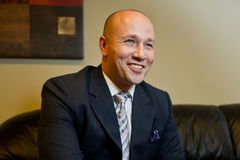