One year ago, I was 30 years old, leading a $100-million-plus business as head of an Asia-Pacific-wide sales team for Google, and making more money than I ever imagined. I had lived in New York, San Francisco, Bangkok and Singapore, and travelled to over 50 countries. All this because six years before, I landed my dream job at Google in corporate strategy.

I found myself on a secondment in Ghana developing national Internet infrastructure. On my way to a voodoo ceremony with a Ghanian tour guide, I reflected on my career path, admitting to him that I'd lost focus and felt unfulfilled. What he told me changed the course of my life: "You either work on something you love, or work because it supports the people you love."

That's when I quit Google.

For years, I had structured my life around achieving work-related success: Work hard, get promoted, make more money. Lather, rinse, repeat. I craved the validation of corporate success. I wanted badly to be recognized for my intelligence, for my parents to be proud of me, and to feel important. For the first time in my life, the excitement of another promotion or more money was non-existent. I felt empty, in need of change, despite having the dream job I always wanted.

In typical form for someone who spent his formative years at Google, I created a data-driven process to uncover what I loved. My Web-based project was called TimeOn (a word play on "time off") and it involved documenting everything about my daily routines, interactions and experiences. Scoring metrics like Happiness (1-10) and Meaning (1-10) on a spreadsheet, I sought to understand my life better to set out on my future path.

Armed with TimeOn, I travelled to Japan, where I worked as a back-country ski tour guide, all the while fastidiously cataloguing my experiences. Meditating for months in the beautiful landscape of Japan, I had a revelation that would guide me toward building my current business, Tokyo Smoke, with my father. My data from TimeOn reflected that I was happiest when I talked to people I loved and about things that I loved.

The three passions in particular are coffee, clothing and cannabis. I love a good coffee, and one major perk of Google is that every office is kitted out with the fanciest of fancy espresso machines.

Fashion and design have shaped my life. My grandfather founded a women's clothing company called Mister Leonard. My father, Lorne Gertner, an architect by trade and lifelong entrepreneur, co-founded Cannasat Therapeutics, the first publicly traded cannabis company in Canada, more than a decade ago. My mother, a designer, has been a huge creative influence in my life and pointed me in the direction of branding and retail.

I flew back to Toronto to work closely with my father to develop a brand that would redefine the cannabis marketplace. We opened up Tokyo Smoke's first showroom, which features a coffee bar, branded clothing and cannabis paraphernalia, such as lighters and rolling papers.

Tokyo Smoke wasn't to be a Bob Marley-inspired head shop, or one of the many illegal dispensaries, but instead a home to the creative class. Our men's clothes are classic and stylish. We also have developed a set of proprietary cannabis strains, which provide consumers four distinct and consistent experiences. Tokyo Smoke cannabis will be on shelves in legal recreational dispensaries in the United States later this year. We will closely monitor legislative developments in Canada and plan to release our brand of cannabis in-line with the Liberal government's upcoming repeal of marijuana prohibition.

I believe cannabis is the next Internet – an immense and untrammelled new market opportunity – and Tokyo Smoke is gearing up to take advantage of it. At least 10 per cent of North Americans consume cannabis on a regular basis and consumer product brands have yet to enter this enticing, mainstream, rapidly legalizing space.

In the coming months, we plan to open coffee shops in Seattle and Los Angeles, while the first line of Tokyo Smoke-branded cannabis ships to independent retailers in California, Oregon, and Washington State, with clothing not far behind.

Looking back at my time in Ghana with the guide, I find myself smiling. Today, I'm not distracted with the career ladder but instead stimulated by the power of beginning a meaningful journey doing something I genuinely love.

Alan Gertner is the co-founder of Tokyo Smoke, an international coffee, clothing and cannabis brand.

Haute high: How did marijuana go from shadowy activity to style’s next commodity?
October 22, 2015
How Google killed my startup
August 18, 2015 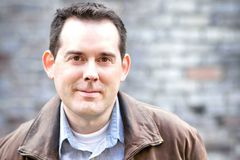 How would my startup fare during my mat leave? Surprisingly well, it turned out
January 5, 2016 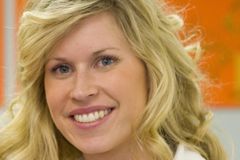