Like many tech companies these days, Vancouver-based Global Relay Communications Inc. boasts a bubble hockey table and an employee lounge stocked with food, drinks and games.

"We have to appeal to our younger crowd and they like things like that," says Kelvin Ng, director of business operations for the messaging and archiving solutions provider.

But the company, founded in 1999, also offers the kinds of perks that anyone over 30 values as well: benefits, competitive salaries and an RRSP-matching plan. After all, co-founder Warren Roy contends, a successful company must attract a range of employees with varying skills and perspectives.

That's an attitude you don't always hear expressed in the tech space, where young, white males are vastly overrepresented. The most recent study by Payscale Inc., which has a global database of 54 million salary profiles, found the median age of employees at eight leading tech companies ranged from 28 to 31. And startups often skew even younger.

The result, former Newsweek reporter Dan Lyons says, is a kind of "bro culture," where "thirtysomethings are considered old people." Mr. Lyons, the author of Disrupted: My Misadventure in the Start-up Bubble, spent a year as a 52-year-old new hire at tech startup HubSpot (average age 26).

"The lesson I learned," he later wrote in an article for the website Observer, "is that when it comes to race and gender bias, the people running Silicon Valley at least pay lip service to wanting to do better – but with age discrimination, they don't even bother to lie."

Brenda Coates, community lead for Winnipeg-based custom software provider Protegra Inc., says that simply doesn't hold true for her company, where about two-thirds of the 44 employees are over 35 and one-third are younger.

"Young people can certainly bring new energy to the table," she says. "But you can't underestimate the value of experience – having 'been there, done that.'"

Mr. Ng agrees. While the "younger folks" at Global Relay tend to be skilled at applications developments, he says, "it takes an awful lot of experience to build and develop software for major platforms." It's the more seasoned employees, "who piece all those moving parts together."

Ottawa-based e-commerce company Shopify Inc. strives for diversity in its employee base. But in order to get that, says Anna Lambert, director of talent acquisition, the company makes a point of hiring for career engagement and business impact, rather than specific skills or educational background.

"That opens us up to people who may have spent their entire 20-year career coding in Java to come and learn new skills," Ms. Lambert says.

When Therese Kirrane, lead technical writer, applied to the company, for example, she was a newcomer to Canada from Britain and had just finished a 10-year stint as a stay-at-home mom. Her eldest was 15 at the time.

She didn't even get a response from the other tech companies she approached for work. "I think there's a common misconception that when stay at home with your kids, you stop communicating with the world – you're just worried about what's for dinner," she says.

But Ms. Kirrane had an impressive early work career in technical writing, and had created several social enterprises and designed a website for her home village during her "time off." Shopify was impressed enough to give her a chance at the highly skilled job.

Now, three years later, Ms. Kirrane leads a team of 14, and her experience and confidence are definite assets. "Let's just say, I know how to adopt a stern tone of voice," she jokes.

Attracting mature talent is all well and good, Ms. Coates says, but retaining them means offering the kind of work atmosphere and benefits that people who aren't youngsters value.

Part of the reason perks such as foosball tables, beer fridges and candy walls are so common in the offices of tech companies, she contends, is that "they want people to work long hours." But that becomes less attractive with age. "You may have family or other interests outside work," Ms. Coates says. "Priorities change."

Protegra offers reasonable hours, as well as flex time to help people accommodate daycare schedules or elder care. And employees can take an extra two weeks off annually without pay, over and above the standard three-week paid vacation.

Similarly, at Shopify, new parents get a one-time benefit of $1,000, as well as a daycare subsidy of $3,000 a year for children under 5. "We serve lunch every day and people bring their families in to eat," Ms. Lambert says.

Another popular perk, Mr. Ng says, is the opportunity to develop and hone skills. Global Relay pays for courses and offers time off for upgrading – and that appeals to employees of all ages. Affirms Ms. Coates: "Just because you're over 30 doesn't mean you have to lose that spirit of continually wanting to learn."Special to The Globe and Mail 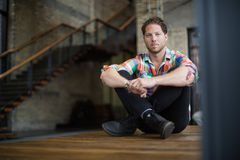 How can I attract top talent when my company can’t pay big salaries?
August 5, 2016