In The Social Network, the new movie that tells a fictional version of the founding of Facebook, Silicon Valley is getting the Hollywood treatment - and it's about time. It captures a world where big money, oversize egos and raw feelings collide as entrepreneurs compete to create the next big thing. Meanwhile, the established system of investing in startups is being turned upside down.

David Sze, a partner at U.S.-based Greylock Partners and an investor in prominent web startups such as LinkedIn, Pandora, Digg and Facebook, talks in this edited interview about the cutthroat world of tech investing, what the real Mark Zuckerberg is like and how to increase the chances of being in the right start-up garage at the right time.

Q: Venture capitalists bet on infant companies, hoping they will become the next Facebook, which has more than 500 million users and reportedly more than $1 billion (U.S.) in revenue. Why did Greylock invest?

A: We invested in early '06. It was about 10 million users and it was a closed network, only U.S. colleges. They were just starting to think about how you make money. There were lots of pundits that were saying it will never be anything beyond college, those kids are so fickle, MySpace is bigger - and they'll never make money anyway. It was not an easy decision for our partnership. We were mocked publicly when we announced it. It was a risky call at the time and, knock on wood, it appears to have been a smart one.

Q: What are the investment lessons you learned from that?

A: The best opportunities are often ones where you're being contrarian. That doesn't mean being contrarian for contrarian's sake, but it means you're thoughtful about the risks of following the crowd. The story of Google is just when everyone concluded that a search engine would never make any money, everyone backed out of it and Google walked into that vacuum and dominated.

Q: Which of your other investments were contrarian?

A: When we invested in LinkedIn, it had no revenue, it was losing money significantly, it was considered a spam engine. And when we invested in Pandora last year, people had just concluded that music on the web would never make it, and we were mocked for doing that one too. When everyone capitulates and says something can't be done, that's the moment when the best opportunity exists.

Q: What do you think about the film The Social Network?

Q: There have been confirmed reports of Mark Zuckerberg, Facebook's founder and chief executive, saying some unfortunate things about privacy on the site in college. The Social Network movie portrays him as a bit immature. What do you think about those portrayals?

A: One of the things I like about the Internet is it does force us to realize we're all humans, and it forces us to look at the pattern of people, not one moment. Today I think the accountability for Mark and what he's doing has to be high. He can't ignore that that happened in the past, but it's unfortunate that he gets held accountable today too much for something he did when he was 19. If you look at the growth in Facebook's users, you could use that same curve to plot the maturation of Mark.

Q: How is Mark the chief executive different than Mark the 19-year-old?

A: Mark is not an easily packaged person to the general public and so he's not as easily embraced, but sitting in the boardroom, I can tell you I've never once seen him not defending passionately what's going to be great for the user over all other decisions. It isn't 'How do I monetize this or that?' He's the single most mission-focused person I've ever seen, and his focus is changing the way people communicate and interact across the world. Mark's biggest fear continues to be that Facebook will not get the chance to change the world.

Q: Is there anything that could stop Facebook in its tracks?

A: I think there always is. When you rest on your laurels is right when you have the risk. It exists for every company, no matter how big.

Q: There is a new kind of investor in Silicon Valley known as a super angel - someone investing their own money in brand-new startups as a full-time job. Where did this trend come from?

A: When you go to the consumer Internet-side, you've got much younger, less experienced entrepreneurs than on the enterprise and communications side, it takes much less money to start companies and products can get out faster. So the cheque size needed is smaller, and it naturally lends itself to the idea that there ought to be a lot of companies created. The other dynamic is we're now at a phase where people who have built companies on the consumer Internet, made some money and now want to be advisers, and 10 years ago you didn't have people like that.

Q: One of Greylock's newest partners, Reid Hoffman, the co-founder of LinkedIn, was a super angel. And last week he started a $20 million angel-like fund within Greylock. Why?

A: Reid was the most successful and sought-after angel in the Valley. Bringing him in, one of the things that bowled us over was just how in demand he is for the early-stage investments, and just how much deal flow he has with those early entrepreneurs that really want that angel help. When you're in a partnership, you have to go through that partnership process, and writing the size of cheques that we're writing, there's a reason for the process. One of the push-backs Reid has is if you want to do this sort-of seed angel investing, you need to be nimble and do very quick due diligence. You can't really run it through a full partnership, and the cheque size is not so large that you should be spending the same amount of time as you would writing a larger cheque.

Q: Now that Google is building social networking tools, what is the threat to Facebook and your other web companies?

A: Google is an incredibly talented company and they have vast resources, so never count them out. They, like others, have initially considered social to be a relatively trivial thing and dismissed it and they're now coming to the realization that it is as complicated and tricky and delicate in a different way than figuring out the algorithmic data approaches to doing search.

It's not clear to me that social can't be part of Google and they can't use that in a way that's really powerful for users, and that Facebook can't dominate in social for what it wants to be for users. Fretting about if one will do better is less important than focusing on the great things happening for consumers.

Q: And if great things are happening for consumers, I assume that leads to making money?

A: I believe so. We're seeing a great trend - consumers are willing to pay directly, through a company like Zynga. So when you provide social and you provide entertainment in a way that's valuable to them, they'll bring their own purses and wallets out and I think that trend will continue. And if you aggregate social around attention and transaction and information, we find that advertisers find value in that as well.

Q: Lately, Silicon Valley seems like quite a dramatic place, with the Facebook movie and secret back-room meetings. Is it?

A: It's very competitive and it's very fast-moving and it's filled with people that are focused on innovating and change. Capital markets and companies and technologies go through boom and bust cycles and that just naturally leads itself to a lot of dynamic ups and downs and sideways, and it's at those extremes where silly stuff and strange stuff happens. You learn to stick to your knitting and that it isn't about the hype. It's about the execution and the quality and the innovation underneath it.

Have your financing pitch reviewed by a judging panel
September 30, 2010 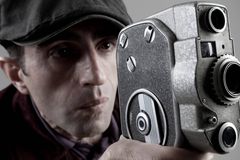 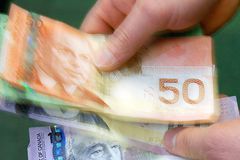 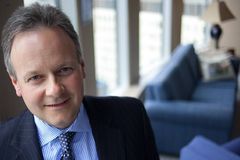