It is a powerful symbol of the long and symbiotic relationship between Ottawa and the country's largest engineering firm.

Thousands of companies do business with the federal government. Only one occupies a patch of real estate inside the same building where bureaucrats dole out billions of dollars worth of government contracts every year.

But those lucrative ties are suddenly in peril after the RCMP laid corruption and fraud charges Thursday against SNC-Lavalin and two subsidiaries over alleged crimes committed in Libya between 2001 and 2011. The company insists the charges are "without merit."

Under strict federal anti-corruption guidelines, a conviction would automatically bar SNC-Lavalin from doing business with the government for 10 years.

A conviction would mean total exile, with no chance of appeal. Think of Napoleon Bonaparte on the island of Elba.

SNC-Lavalin argues that it isn't the company it was prior to 2011. In a statement Thursday, the company said it has put in place tough internal controls and has a "zero tolerance for ethics violations."

One of the unintended consequences of Public Works' recently toughened up "Integrity Framework" is that it does not recognize the rehabilitation of companies that run afoul of the law. And it is sweeping, applying to affiliates convicted of a list of crimes, such as bribery, anywhere in the world.

The regime may be a powerful deterrent, but a poor way of encouraging companies to reform. There is no parole for good conduct.

Anti-corruption experts say Ottawa has created a set of rules that is among the most far-reaching and inflexible anywhere in the world.

"The U.S., EU and World Bank all have a debarment process," pointed out Peter Dent, president of the Canadian chapter of Transparency International, an organization committed to fighting corruption. "There is predictability, transparency and due process associated with all of them."

The Canadian rules are "out of step" with regimes in most other countries, Transparency International said in a letter sent this week to Public Work Minister Diane Finley, who is considering possible changes to its regime.

For SNC-Lavalin, debarment would be disastrous. Last year, SNC-Lavalin chief executive Robert Card compared the strict federal rules to a "meat cleaver" that could destroy the company if it's convicted.

The company generates hundreds of millions of dollars in revenue from the federal government every year.

One of the biggest upcoming prizes is the $5-billion rebuilding of Montreal's Champlain Bridge. Last year, Ottawa designated a consortium headed by SNC-Lavalin as one of three groups eligible to bid on the project.

The risk of losing SNC-Lavalin from its roster of suppliers is one thing. But the downside of a broad and unforgiving anti-corruption regime is that the list of ineligible suppliers can grow uncomfortably long.

Federal officials might well have believed they were doing the low-risk thing last November when they chose Brookfield Johnson Controls Canada LP over SNC-Lavalin to manage 3,800 federal buildings across the country, business worth as much as $22.8-billion over 14 years.

Here's the problem: Toronto-based parent company Brookfield Asset Management Inc. is the target of ongoing corruption investigations by the U.S. Securities and Exchange Commission and the U.S. Justice Department over allegations that an executive bribed officials in Sao Paulo, Brazil, to secure permits for renovating three shopping malls. Brookfield, which has not been charged, vigorously denies the allegations, which it says come from a disgruntled former employee.

A criminal conviction in the Brazil case would put Ottawa in an awkward spot when those lucrative contracts come up for renewal – unless, of course, the government adopts a more forgiving anti-corruption regime in the meantime.

That is exactly what it should do. 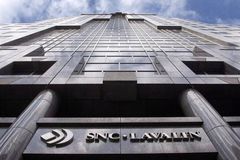